Navdeep Dhaliwal was surprised when he first stepped foot in Lesotho last January — the climate was temperate, the landscape was lush, and the first footprints of a legal medical marijuana system were already in place.

“A close friend in the industry put me in touch with guys in Lesotho. So I went to meet with them, and I was really very surprised and impressed by the operation they had going there,” said Dhaliwal, president of Canadian licensed producer Supreme Cannabis.

The March 2018 deal gave Supreme a roughly 10 per cent stake in Medigrow, which they hope in due time will be able to churn out “quality medical cannabis oils” that can be exported back to Canada and fuel the international cannabis supply chain — subject, of course, to regulatory approvals.

And Supreme was just the beginning. Since then, Canadian cannabis firms including giants Aphria Inc. and Canopy Growth Corp. have also struck deals in the tiny, landlocked African nation of two million people, making it an unlikely hotspot in the burgeoning global cannabis market.

The way the big cannabis companies see it, Lesotho — with its low-cost labour force, proximity to Europe and ideal climate — is beaming with potential.

For starters, it was the first country in Africa to offer legal licences to grow marijuana for medical purposes. And although poverty-strapped and resource-poor (as of 2016 Lesotho’s GDP was just $2.29 billion), it has a long history of growing cannabis illegally — in fact, a 1999 UNESCO report called Lesotho a “giant of the marijuana trade,” noting it supplied most of the cannabis to its more populated, richer neighbour, South Africa.

“I don’t think most people know this, but Africa as a continent is the largest producer and consumer of cannabis. If you look at their black market, it just completely dwarfs the size of the global legal market by about 100 times,” said Dallas McMillan, the director of strategic growth at Rhizo Sciences, a Seattle-based international medical cannabis company that has interests throughout the southern Africa region.

The government of Lesotho, according to multiple investors including McMillan, is cash-strapped, hungry for new streams of legal revenue and therefore, has had no problem welcoming Canadian cannabis companies and facilitating local partnerships.

“Look, the government there is very proactive, very co-operative. They are really interested in the change that is happening globally with cannabis, and they want to be part of it. So that’s obviously really attractive to investors,” McMillan said.

“Anywhere they begin to rationally govern it, why would you not want to be there?” Linton said. “If your investment in that region, that geography, could actually make a return, then of course we’re going to be there.”

Lesotho’s geography — it has a mountainous landscape and is sunny, but not humid; chilly, but not too cold — is one of its other major benefits. The climate is seen as ideal for growing cannabis, something that can also help lower costs and reduce volatility.

”It’s kind of like Colorado, but warmer,” said Hamish Sutherland, CEO of WhiteSheep Corp., a Toronto-based cannabis venture capital firm of sorts that is also scoping out southern Africa for potential investment opportunities. Sutherland had just returned from a trip to Swaziland and Lesotho when he spoke to the Financial Post.

Africa as a continent is the largest producer and consumer of cannabis. Their black market completely dwarfs the size of the global legal market by about 100 times

“The two highest costs of growing (here) are electricity and labour. In Lesotho, we can build a facility in a greenhouse where the sun is shining more than anywhere in Canada, where the exterior climate is not too challenging to work with. Where we can actually manage electricity costs. Where we even don’t have to deal with mosquitos, other pests, because the temperature is cool,” Sutherland said.

If Canadian cannabis companies have their eyes on foreign pastures for cost reasons, then that is presumably wrapped up in some kind of long-term goal of producing cannabis for cheap, and shipping it to global markets.

That’s exactly the plan, McMillan believes — fuelling the European supply chain. “I see Africa as the equivalent to Europe, as South America will be to the U.S. They will be the tropical hub, so when we are short of product, they will be harvesting — Africa actually already serves a lot of European horticultural markets this way.”

Sutherland, too, believes that Lesotho’s potential to become an international supplier of medical cannabis is huge. “Canadian cannabis companies are currently operating in a high labour-cost market. So they’re of course looking to identify places they can produce products at a lower cost. We will grow there, and we will bring it back.”

But moving cannabis internationally is a complex issue, requiring regulatory approval from multiple governments, as well as compliance with international treaties. The UN Single Convention on Narcotic Drugs of 1961, for instance, prohibits the production and supply of specific drugs, including cannabis, except under “licence for specific purposes such as medical treatment and research.”

Indeed, the international movement of legal cannabis already takes place, but it is purely for medical purposes.

In March, Rhizo Sciences facilitated the first-ever shipment of medical cannabis from Africa to Canada. The 850-gram shipment arrived in Vancouver addressed to Anandia Labs, a cannabis research facility recently acquired by Aurora Cannabis. “Africa is blessed with some natural genetics, so that’s definitely an area of interest for us,” said McMillan, who up till recently had partnered with a Lesotho-based cannabis producer, Medi Kingdom.

Canopy Growth, too, trades cannabis, exporting a significant chunk of medicinal pot to Germany for instance, but that was a result of years of negotiation with the health ministries of both countries.

“You can’t send it to the country and say here you go. The country has to request it. Every shipment to Germany, for instance requires Germany to ask for it and Canada to send it. So the country importing needs to be open and willing to buy,” Linton said.

He was, however, quick to refute a suggestion that there will come a day when cannabis is primarily produced in low-cost jurisdictions rather than large greenhouses in Canada, and then shipped to market.

“No, absolutely not, there are international barriers to that,” Linton said. ”People say to me, Well all you have to do is change the UN Narcotic Controls Act. I said, well okay, that’s good, how about you try doing that.”

Sutherland is not so sure. “Bruce (Linton) and I have been in the industry since 2013, and we have seen the goal posts in this industry move. Any suggestion that there won’t be trans-border shipments is to lock oneself down to the current system.”

For Dhaliwal, being the first-mover, for the first time, has a nice touch to it. “It’s nice to be the first LP (licenced producer). We got in there, we scouted it out, and we were impressed. And the best part is, we know we are going to have a big impact on the country — 80 per cent of them are out of jobs. We’re hiring.”

In-depth reporting on the innovation economy from The Logic, brought to you in partnership with the Financial Post.

Sign up to receive the daily top stories from the Financial Post, a division of Postmedia Network Inc.

Thanks for signing up!

A welcome email is on its way. If you don’t see it please check your junk folder.

The next issue of Top Stories Newsletter will soon be in your inbox.

We encountered an issue signing you up. Please try again

Still not sure what NFTs are? 'SNL' explains with Eminem parody

6 Insights Into Mental Health From The Last Year (That You Can Use Well Beyond The Pandemic!) 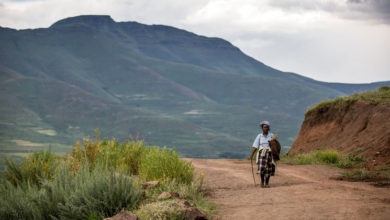 Surviving a deadly outbreak of COVID-19 in a Lesotho convent | 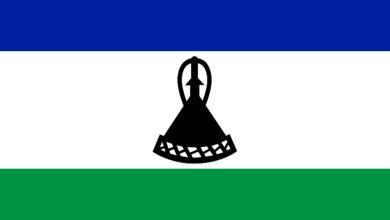 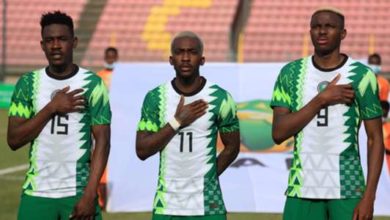 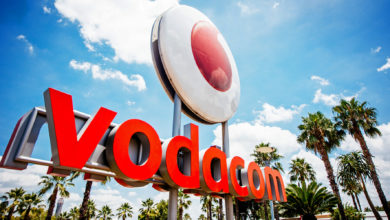 Vodacom is holding us to ransom, says Lesotho telecoms…