Fully-vaccinated Australians returning from overseas will be allowed to spend their quarantine period at home under a trial program expected to launch in Adelaide over the coming months.

Depending on its success, the pilot could pave the way for home isolation to become a nation-wide norm for vaccinated travellers.

Home quarantine figures prominently in the federal government’s four-stage “path to recovery” roadmap announced earlier this month, with one measure of the current first phase being to “trial and pilot the introduction of alternative quarantine options, including home quarantine for returning vaccinated travellers.”

South Australia’s state government agreed to host the home quarantine trial, which will be presented as an alternative to spending 14 days in hotel quarantine at a cost to the traveller of over $3,000.

While details are still to be finalised, SA Premier Steven Marshall said the trial – which will require approval by the SA Health department – would be “only be for South Australians wanting to return home to this state.”

It would also apply only to fully-vaccinated travellers arriving from “lower-risk countries” and is likely to include some form of electronic monitoring to ensure that those travellers remain in their home of within their property’s boundary.

“We have been looking at pathways out of this pandemic for quite some time as vaccination rates increase,” Marshall said.

“While we will be the first jurisdiction to return South Australians through home quarantine, it is expected other states will then adopt the system.”

Prime Minister Scott Morrison said the home isolation trial “will be a two-week trial based on the advice from the medical panel,” although he indicated this could be reduced to seven days if the scheme is rolled out on a national basis

Morrison said the SA pilot will be “a transparent project with all the other states and territories” to prepare them to adopt the new system upon successfully completing the trial.

He also clarified that home quarantine could be a measure by which fully-vaccinated Australians can leave the country and come back.

Home isolation would also reduce the pressure on city hotels and dedicated quarantine facilities such as Darwin’s Howard Springs, allowing for the return of more Australians from higher-risk countries. 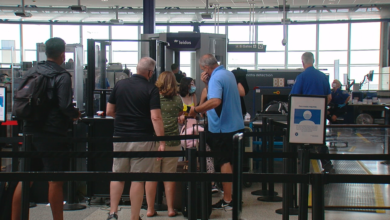 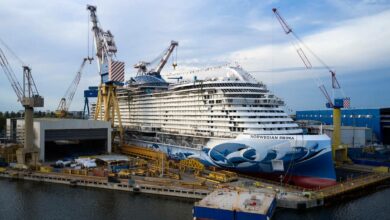 Norwegian Cruise Line boss on the future of the industry