A new study by the University of York and the National Centre for Atmospheric Science reveals that the picture is damaging globally with the world’s population now using huge numbers of disposable aerosols – more than 25 billion cans per year.

This is estimated to lead to the release of more than 1.3 million tonnes of VOC air pollution each year, and could rise to 2.2 million tonnes by 2050.

The chemicals now used in compressed aerosols are predominantly volatile organic compounds (VOCs), chemicals which are also released from cars and fuels. The report says the VOCs currently being used in aerosols are less damaging than the ozone-depleting CFCs they replaced in the 1980’s. However, in the 80’s when key international policy decisions were made, no-one foresaw such a large rise in global consumption.

In the presence of sunlight, VOCs combine with a second pollutant, nitrogen oxides, to cause photochemical smog which is harmful to human health and damages crops and plants.

In the 1990s and 2000s by far the largest source of VOC pollution in the UK was gasoline cars and fuel, but these emissions have reduced dramatically in recent years through controls such as catalytic converters on vehicles and fuel vapour recovery at filling stations.

Researchers found that on average in high-income countries 10 cans of aerosol are used per person per year with the largest contributor being personal care products. The global amount emitted from aerosols every year is surging as lower and middle-income economies grow and people in these countries buy more.

The report authors are calling on international policymakers to reduce the use of VOCs in compressed aerosols, either by encouraging less damaging propellants like nitrogen, or advocating the use of non-aerosol versions of products. At present VOCs are used in around 93 per cent of aerosol cans.

Virtually all aerosol based consumer products can be delivered in non-aerosol form, for example as dry or roll-on deodorants, bars of polish not spray. Making just small changes in what we buy could have a major impact on both outdoor and indoor air quality, and have relatively little impact on our lives.

The widespread switching of aerosol propellant with non-VOC alternatives would lead to potentially meaningful reductions in surface ozone.

Given the contribution of VOCs to ground-level pollution, international policy revision is required and the continued support of VOCs as a preferred replacement for halocarbons is potentially not sustainable for aerosol products longer term.”

The report says there are already non-aerosol alternatives that can be easily be applied in their liquid or solid forms, for example, as roll-on deodorant, hair gel, solid furniture polish, bronzing lotion, and room fragrance.

Study authors conclude that the continued use of aerosols when non-aerosol alternatives exist is often down to the continuation of past consumer habits. And that the role played by aerosol VOC emissions in air pollution needs to be much more clearly articulated in messaging on air pollution and its management to the public.

Professor Lewis added: “Labelling of consumer products as high VOC emitting–and clearly linking this to poor indoor and outdoor air quality–may drive change away from aerosols to their alternatives, as has been seen previously with the successful labelling of paints and varnishes.”

Amber Yeoman, a PhD student from the Wolfson Atmospheric Chemistry Laboratories was a co-author of the study which used data from industry and regulatory bodies from around the world. 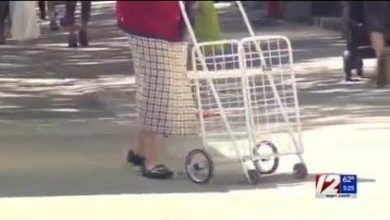 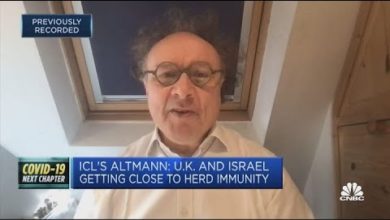 We are in an 'arms race' with the virus, says professor – CNBC International TV