Shaya had secretly haboured dreams of joining the House of fame, a reality show that was being filmed in Botswana for TV.

I mean the cash prize was way above Shaya’s pay grade so Shaya thought why not!

However, Shaya being the loyal type who loves dishing juicy stories to the readers decided that Shaya couldn’t be stuck in the house for so long while y’all suffered from lack of gossip.

Anyhow, news reaching Shaya’s desk now suggest that Shaya would have actually wasted time because the reality show-which was similar to Big Brother Africa- will apparently not see the light of day after all.

It would seem that Lo and behold, the owner mismanaged production funds.

A few days back his offices were locked by his landlord for failure to pay rent. Please don’t blame Covid-19 my guy because Shaya has the 411 on what you did last summer with the funds.

All Shaya is concerned about is the monies you collected from the short text messages to vote in our favourites.

You owe us an explanation sir, or at least SCAR who was the show host should give us an update.

Zimbabwe’s Ncube is a revered figure in Eswatini 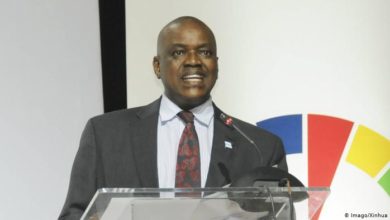