Nine months after it should have started, the African Nations Championship (CHAN) finally kicked off on Saturday as host nation Cameroon beat Zimbabwe 1-0 in Yaounde.

Playing in Group A, Salomon Banga scored the match-winner 18 minutes from time as the defender showed good agility to score with an overhead kick.

With Fifa president Gianni Infantino, Caf’s new honorary president Issa Hayatou and Cameroon’s Prime Ministe Joseph Ngute watching on, Cameroon dominated large swathes of the game only to be let down by their shooting accuracy.

Zimbabwe goalkeeper Ariel Sibanda kept his side in the game but was fortunate that several Cameroon efforts were straight at him.

Later on Saturday, Mali beat Burkina Faso 1-0, after a goal from Siaka Bagayoko, to go joint top of the group with Cameroon, whom they meet next on Wednesday with the Burkinabe meeting Zimbabwe in the day’s other game.

The CHAN was originally scheduled to take place in April last year but was postponed one month earlier as coronavirus swept the globe.

The sixth edition of the event for players based in their own domestic league is one of the largest football tournaments to take place anywhere in the world since the pandemic began.

Sixteen teams are playing in four groups of four, with the final taking place on 7 February, and stadiums can be filled up to 25 per cent of their capacity because of Covid-19 concerns.

Cameroon are not only looking to win the tournament for the first time but also to make it past the quarter-finals, something they have never achieved in their previous three CHAN appearances.

Led by experienced full international Jacques Zoua, who won the 2017 Africa Cup of Nations, Cameroon produced attack after attack in the opening 30 minutes, with Serge Andoulo looking the most likely to score only for his close-range effort to find Sibanda.

Spectators dotted throughout the Amadou Ahidjo Stadium were making their presence felt but had to be patient to cheer a goal as a succession of long-range strikes failed to hit the target.

After 68 minutes, Albert Meyong – another full international – had the goal at his mercy after hesitation in the Zimbabwe defence but his header eight yards out went wide again.

Just four minutes later, Banga gave the vociferous fans the goal they craved as he flicked home in acrobatic style after Zimbabwe, whose squad was heavily hit by Covid infections earlier this month, failed to clear a free-kick.

In many ways, this tournament is a foretaste of things to come next year when Cameroon is set to host the Africa Cup of Nations, which was originally scheduled for this month only to be delayed by Covid.

Organisers of the event, which is using stadiums that will host games in January 2021, even had the chance to effectively practice an opening ceremony as dancers and singers entertained in the run-up to kick-off.

Cameroon was once scheduled to host the 2019 Nations Cup only for Caf to strip them for hosting after saying that preparations were behind schedule.

Such memories are now a thing of the past with three cities and a total of four stadiums, including the newly-constructed 50,000-seat Japoma Stadium in Douala, ready to welcome fans.

Safety and security have been key factors ahead of the event, with both Caf and local organisers having devised a series of measures aimed at keeping the threat of coronavirus to a minimum.

These include players being tested 48 hours before every game, while squads are allowed to select from a stand-by list of 10 additional players should anyone in their squad contract Covid.

Morocco are the current holders of the CHAN, after winning the tournament on home soil in 2018. 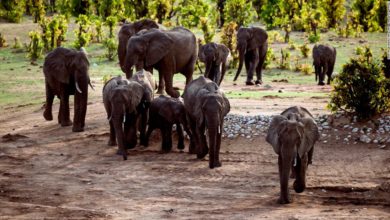 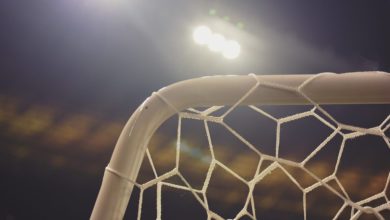 COVID-19: Zim lawyer helping out one plate at a time