NEW DELHI/BANGKOK (Reuters) – India and Thailand reported record daily coronavirus cases on Thursday, as a new wave of infections, combined with a shortage of hospital beds and vaccines, threatens to slow Asia’s recovery from the pandemic.

India breached 200,000 daily infections for the first time on Thursday and the financial hub of Mumbai entered a lockdown, as many hospitals reported shortages of beds and oxygen supplies.

“The situation is horrible. We are a 900-bed hospital, but there are about 60 patients waiting and we don’t have space for them,” said Avinash Gawande, an official at the Government Medical College and Hospital in Nagpur, a commercial hub in Maharashtra.

The surge was the seventh record daily increase in the last eight days and takes the total caseload to 14.1 million, only second to the United States.

Hundreds of thousands of pilgrims thronged to a religious festival in the north of the country on Wednesday, stoking fears of another surge in COVID-19 cases.

Rising infections have also put strain on the healthcare system in Manila and Bangkok.

The Philippines saw many hospitals in its capital region, home to around 13 million people, filling up, as cases rise. Confirmed coronavirus cases in the last 30 days alone reached 266,489, accounting for 30% of the country’s total infections.

Some families of COVID-19 patients have taken to social media to share their ordeals in finding hospitals. Some travelled outside the capital to find a healthcare facility, or spent long hours in line.

Thailand reported 1,543 new coronavirus cases on Thursday, the sharpest increase since the start of the pandemic and the fourth record rise this week.

The spike has increased hospital bed occupancy rates as all positive cases have to be admitted into care under Thai rules. A total of 8,973 patients are being treated.

While the country considers lockdown measures, its neighbour Cambodia imposed a lockdown in its capital and a satellite district on Thursday as an outbreak that started in late February saw cases spike almost ten-fold to 4,874 within two months.

Bangladesh also began a week-long lockdown with strict restrictions on Wednesday as infections have reached around 7,000 cases a day in the last two weeks from below 300 in February.

As the divide between developed and developing countries’ access to COVID-19 vaccines grows, the head of the World Trade Organization (WTO) on Wednesday urged vaccine makers to increase technology transfer to bring in manufacturing capacity.

Thailand, for example, vaccinated 0.4% of its population, trailing neighbours, such as Singapore with 14.6%, a Reuters estimate found.

Ngozi Okonjo-Iweala, who became WTO director-general in March, also called for its members to reduce vaccine export restrictions and work to ease logistics and customs procedures.

In Australia, which abandoned its inoculation target earlier this week following shipment delays and newly imposed restrictions on the use of AstraZeneca’s shot, a leading doctors’ association opposed a government plan to create mass inoculation hubs, citing logistical challenges.

“You need to find a workforce from somewhere, and we are not aware of large numbers of registered nurses and doctors who are available to manage these centres,” Australian Medical Association (AMA) President Omar Khorshid told local radio.

Japan, whose inoculation pace has been impacted by tight supplies, may cancel this year’s Olympics in Tokyo if the coronavirus crisis becomes too dire, a senior ruling party official said on Thursday, less than 100 days ahead of planned start of the games.

“If it seems impossible to do it any more, then we have to stop, decisively,” Toshihiro Nikai, secretary general of the Liberal Democratic Party, told broadcaster TBS.

Japan is grappling with rising coronavirus infections, with numbers trending higher in Tokyo after the government ended a state of emergency, and Osaka suffering a record number of cases. 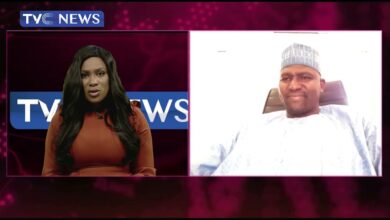 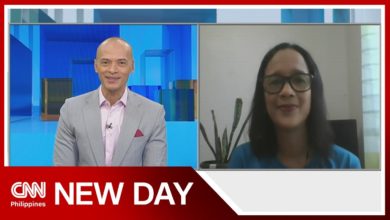 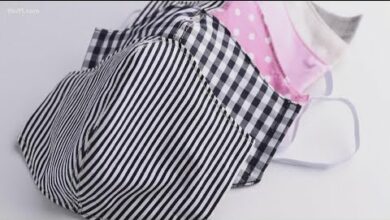 Are cloth masks only facial decorations against omicron? | VERIFY – THV11