Honda is forging ahead with plans to revolutionise the way cars are sold in Australia – and rival manufacturers are looking on with interest.

Honda is pressing ahead with a bold experiment to change the way we buy new cars, despite flagging sales.

The car maker has effectively cut dealers out of the sales process, taking ownership of its new-car stock and introducing a new “no haggle” policy aimed at reducing the stress of buying a new car.

The new set-up came into effect in July and sales have dropped significantly in the past two months, but the brand’s local director, Stephen Collins, remains confident he can hit sales targets by the last quarter of the year.

“This is very much a transition quarter for us and our dealer partners. It’s not unexpected. It’s as we planned and we’re still extremely confident that we will get to the pace we need to get to,” he said.

He claimed the response from customers had been positive.

“We’re really pleased with the progress thus far and the feedback we’re getting from the customers who are transacting through the new sales process is very much around ‘it’s smooth, it’s transparent and it’s easy’,” he said.

“On the positive side, the customers are enjoying the transparency of it and the no haggle, that’s the key. On the flip side – and we knew this from day one – it’s not for everyone. So there are customers who just want to haggle, It’s a relatively small percentage, though.”

One of the main goals was to deliver a quicker and easier transaction, and that has been helped by Honda holding all the stock.

“The way it works is there’s one national pool of cars that we hold. So every single dealer, whether it be the smallest dealer in the country or the biggest, has access to that one big pool of cars,” he said.

The new system made it easier for customers to find the car they wanted.

“There were situations where a customer walks into one dealer wanting a red HR-V. The dealer’s only got a white one so the dealer’s trying to get them into the white one and not the red one they actually want. All of that is gone,” he said.

Whereas in the past a smaller dealer might have held 20 cars in stock, they now had access to 1500 cars.

“You don’t have to go around shopping six or seven dealers to find that blue Civic that might be a bit rare,” he said.

The brand has also introduced cheaper servicing to smooth the transition for customers, charging just $125 a service for the first five years of ownership.

“A big part of this model for us is not just the new car but the experience right through the ownership cycle,” he says.

He also hinted there had been interest from other manufacturers in the new sales approach. If it proves to be a success, it could encourage rivals to follow suit. Mercedes-Benz has committed to a similar model, as has Hyundai’s luxury offshoot Genesis. Tesla also employs a similar model.

“I sit on the FCAI (Federal Chamber of Automotive Industries) board so I have reasonable dialogue with a lot of the other CEOs, so I wouldn’t say my phone rings off the hook but I think there’s a lot of interest out there as to how we go with it,” he says.

“Internationally, this is not necessarily groundbreaking. It is for us in Australia but it’s happened elsewhere.”

Collins expects sales to benefit from the arrival of a new Honda Civic towards the end of this year, then a new HR-V SUV in the first half of next year.

He says the brand won’t chase volume with either vehicle, though, and every model will be generously equipped and priced accordingly.

Honda will source more vehicles from Japan instead of Thailand and will try to re-establish itself as a more premium brand, a position it held in the early 2000s.

“In some ways it’s back to the future for us,” he says.

There will be a hybrid version of the HR-V but there are still no plans for the brand to offer an electric vehicle in the short term. Along with Volkswagen and Subaru, it will be the last of the major brands to launch an EV.

Taking a third shot of the Pfizer vaccine

Scary in the Best Kind of Way 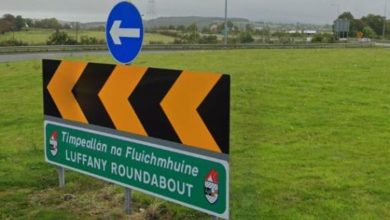