The Honda Car Club of Victoria is celebrating its 50th anniversary next month, making it just two years younger than the automaker has been in Australia.

Founded by a small group of enthusiasts in 1971, under the original name of Honda Car Club of Australia – Victorian Branch, the Honda Car Club of Victoria (HCCV) is one of the oldest continuously operating Honda car clubs in the country.

To mark its anniversary, the club is holding a special celebration event in June, which will include vehicle displays, memorabilia and the launch of a commemorative magazine.

It’s also adopting a new logo, incorporating gold to reflect its milestone year as well as the more angular original Honda ‘H’ logo from the 1960s, which it will use on branded merchandise.

With a passion for the Honda marque and a dedication to Honda vehicles past and present, the club had 22 members by the end of its first year, while today it boasts a membership of around 200.

The first meeting of the club took place on January 11, 1971, under Managing Director Kazuo Shimizu. If that name seems familiar, it’s because he is the father of current Honda Australia MD and CEO, Hiroyuki Shimizu.

In April 1971, when the HCCV sent a letter to Honda Australia requesting permission to use the Honda name on its materials, Hiroyuki Shimizu was a young whippersnapper starting a new life in Melbourne.

Then in early 2017, some 46 years later, he joined Honda Australia as the second generation of his family to lead the business, having started his professional career with the brand in 1990 – Kazuo and Hiroyuki Shimizu are the third and sixteenth Managing Directors of Honda Australia, respectively.

To mark the 50th anniversary, the club has made Hiroyuki Shimizu an honorary member, just as it did for his father back in 1971.

“It has been one of the highlights of my career to lead the Honda Australia business and follow in the footsteps of my father,” said Hiroyuki Shimizu.

“I remember my time in Australia as a young boy fondly and it has been a special privilege to come back many years later in my working life, still part of the Honda family.”

With an early focus on club level motorsport events, including rally and Motorkhana, the Honda Car Club of Victoria achieved affiliation with the Confederation of Australian Motor Sport (CAMS) in late 1971. It continues its enthusiasm for motorsport to this day.

It also has a ‘BC’ (Before Civic) register for those passionate about the very early Honda vehicles, along with an substantial archive of information and memorabilia and access to hard-to-find parts for older cars.

One of the oldest cars in the club is a 1965 S600 roadster, which has been owned by a member for more than 40 years, while the latest Civic Type R, Accord VTi-LX hybrid and CR-V models are also well represented.

Each year the club shares its passion for all things Honda with the wider community via events such as Classic Japan, Sakura Picnic and the Geelong Revival Motoring Festival. But club activities are not just limited to its Melbourne home base or within Victoria. In 2011 a group from the HCCV took a tour to Japan and the global headquarters of Honda Motor Company, as a special event to mark the club’s 40th anniversary.

Since the mid-1980s, the HCCV has fostered assisted the marque on numerous projects and corporate events. For Honda Australia’s ‘50 Years in Australia’ golden gala event in late 2019 for example, HCCV members provided three of the six display cars representing each decade from 1969-2019.

“We’ve forged a close association with Honda Australia over more than 30 years, often holding a general meeting at the company’s head office in Tullamarine, as well as contributing to the Honda Magazine and supporting new model launches,” said David Prince, the club’s current Vice President.

How are you finding our new site design? Tell us in the comments below or send us your thoughts at feedback@whichcar.com.au.

How our 1,800-kilometre road trip from South Africa to Namibia made for the ultimate family adventure 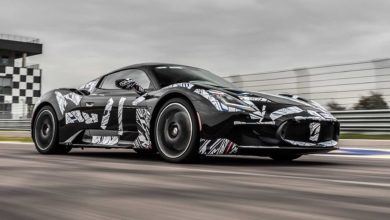 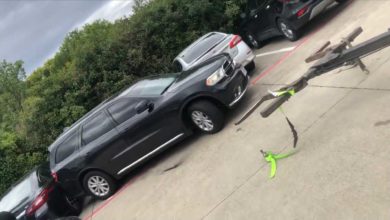 From Wombourne to West Cork 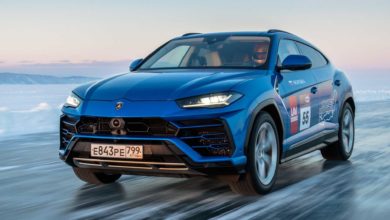