On its first day of post-lockdown operations in Sept. 2020, the Rosewood London welcomed just 20 guests into its 308 stylishly monochromatic rooms and suites.

For a hotel that would see 80% occupancy during a normal year with visitors attending performances at the Proms or shows at London Fashion Week, the muted response was unprecedented – but also somewhat expected.

Tourism’s recovery in London has been an uphill climb. Although it outpaced Paris, Berlin, Rome, and Barcelona for hotel business in 2021, it reported only 36.7% occupancy across the entire calendar year.

And 2022 has yet to deliver the full return to normalcy that anyone in the industry has hoped for: Visitors are still shying away from major cities as omicron and its variants scuttle plans—not to mention the ongoing absence of high-spending Chinese (and now Russian) travelers. But there’s reason to believe a comeback story is nigh.

All Covid travel measures were dropped for entry into the U.K. in March. And tourists, whether returning or venturing to London for the first time, have more choice than ever on where to stay.

In 2021, 26 hotels opened in the capital, adding 4,200 rooms – of which nearly half are four- and five-star accommodations, according to London’s promotional agency, London & Partners.

An additional 46 properties are expected to open in the city this year, and of their 5,500 rooms, some 2,500 are on the luxury side of the spectrum. In the pipeline are flagship-worthy debuts from boldface brands that didn’t yet exist here: Raffles, Peninsula, and Waldorf Astoria.

The Admiralty Arch will soon become a Waldorf Astoria hotel.

The most recent data in mid-March from hospitality insights company STR shows a steady recovery in this year’s first quarter, when occupancy rose to a peak of 58.8%, some three-fourths of pre-pandemic business.

Although it doesn’t break down occupancy levels by type of accommodation, leisure-focused luxury hotels are faring significantly better in general than business travel-dependent standbys.

Rosewood’s managing director Michael Bonsor says bookings from the U.S. have increased in volume every week since February, while the loosening of restrictions across much of Asia has helped deliver a clientele willing to reserve extended stays in top suites.

“London has been leading the real estate industry for many years. To be truly established, any major hotel brand needs to have a presence here,” says Rafael Serrano, chairman and chief executive officer of Prime Investors Capital.

The firm acquired the Admiralty Arch landmark facing Buckingham Palace in 2012 and is currently overseeing its no-expense-spared transformation into a hotel that will be managed by Hilton’s Waldorf Astoria. “It was a no-brainer to continue investing in what is one of the best capitals in the world, by far.”

Consumers are the real winners. With competition intensifying, even London’s stalwarts – Claridge’s, the Dorchester, the Connaught, and the Berkeley among them—are upping their games. Here’s a quick primer on the most notable players crowding London’s luxury hotel market.

A bastion of luxury in London for centuries, Claridge’s is nearing the end of a six-year renovation to make up for its modern-era shortcomings.

Among the things customers were increasingly contesting was the lack of a pool and proper spa; the hotel will now have both, in a new basement level 100 feet below the existing property, workers have been burrowing to create space for new amenities.

The foyer at Claridge’s.

Other additions include an in-house bakery, a cinema, and new boutiques, plus redesigned guest rooms in shades of cream and pink. Crowning it all will be a three-bedroom penthouse suite occupying all of a newly constructed top floor.

Park Lane stalwart The Dorchester, another of London’s grande dames, is undergoing its most comprehensive renovation since 1989. While the hotel remains open, guests will need to wait until this September to see the transformation in full effect.

Inveterate hotel-interior designer Pierre-Yves Rochon is sprucing up the hotel entrance, its pillared Promenade lobby-lounge, and a slew of rooms and suites, while Martin Brudnizki Design Studio is going to rework the bar with its signature maximalist style.

The Mayfair Suite at the Dorchester in its current incarnation.

That builds on changes that have been rolled out over several years, including a total refresh of the restaurant spaces to now include Cantonese restaurant China Tang, three-starred Alain Ducasse, and modern-British restaurant The Grill, the latter of which is now under the stewardship of 29-year-old luminary chef Tom Booton.

Among his most popular additions: a “pudding bar” where you can watch pastry chefs at work while enjoying your own dessert. Currently open.

Raffles London at the OWO

A short stroll from the Houses of Parliament, this 120-key hotel (and its complement of 85 sprawling private residences) occupies Whitehall’s colossal Old War Office, which served as a workplace to the likes of Winston Churchill and James Bond creator Ian Fleming.

Inaugurated in 1906, the Edwardian landmark is undergoing a renovation that has required hundreds of artisans to spruce up its original, hand-laid mosaic floors and colossal marble staircase.

A rendering of the grand staircase s it will appear at the heart of the historic OWO building when Raffles finishes renovating later this year.

This will be the first London outpost from the brand best known for its iconic hotel in Singapore.

When  guests check in, they’ll find sustenance in 11 restaurants and bars – including three venues by Mauro Colagreco, the chef behind former World’s Best Restaurant Mirazur; he has yet to disclose many details and has his hands in another luxury hotel in Dubai.

Raffles London will feature a four-level spa and wellness center with its own juice bar and yoga studio. Signature suites, meanwhile, will occupy the former offices of notable figures, including Churchill. The most desirable will take up corner turrets. Opening in late 2022.

Peninsula usually favors soft color palates with soothing stylings, so this may be an outlier: The hotel’s 190 light-flooded bedrooms and suites are being designed by the characteristically bold Peter Marino.

The Peninsula London will open near Hyde Park in early 2023.

No word yet as to whether Marino will also design the nine boutiques to occupy the Peninsula’s shopping arcade; the rooftop views will offer plenty to look at, whether or not he puts his touch there.

The location promises to be unusually bucolic for central London, with Hyde Park, Green Park, and the dainty rooftops of Knightsbridge residences all in the immediate vicinity. Opening early in 2023.

Save Buckingham Palace, there will be no better place to stay in London during regal events such as the upcoming Jubilee or Trooping the Colour than the forthcoming 100-room Admiralty Arch Waldorf Astoria.

The succession of three immense arches that give this grand landmark its name expands across the red-carpet roadway known as the Mall, which the Queen and other notable figures use as a processional route to the palace. The floors supported by those arches will be converted into bedrooms and dining spaces, all directly overlooking the pageantry.

The Mountbatten Salon Room at the Admiralty Arch Hotel.

During less-festive times of the year, guests will get to enjoy a building with spectacular bones. There are high ceilings even on the low floors, and a sprawling rooftop terrace looks onto Trafalgar Square and the Houses of Parliament.

The hotel’s owners are building out several new lower levels that will hold a ballroom and a gym with a 20-meter pool. Opening in 2024.

Retaining the shell of the original building but little else, it’s being reconceived by architect Sir David Chipperfield to evoke the atmosphere of a British gentlemen’s club.

A rendering of the forthcoming Chancery Rosewood hotel.

That means rich walnut paneling, muted brass accents, and art deco flourishes alongside a spa designed by Yabu Pushelberg, famed for such striking hotels as the Four Seasons Downtown New York and the Miami Beach Edition. Opening in 2024.

This article is published under license from Bloomberg Media: the original article can be viewed here

What is monkeypox and should we be concerned? 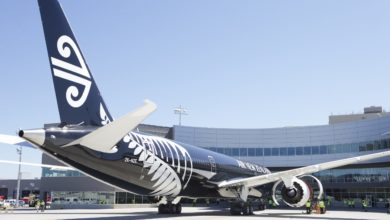 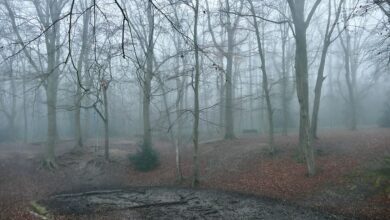 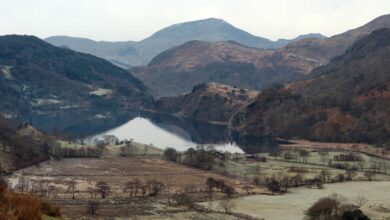