Heidi Klum is traveling in Europe this week and let her Instagram followers know how much fun she is having.

The supermodel, 48, posted pictures of her and her family on the French island of Corsica as they walked up cobblestone streets and took pictures by the sea.

The cover girl posted a photo of the family on a boat earlier today captioned ‘Bonifacio’ followed by the French flag. Bonifaci is a town in Corsica. 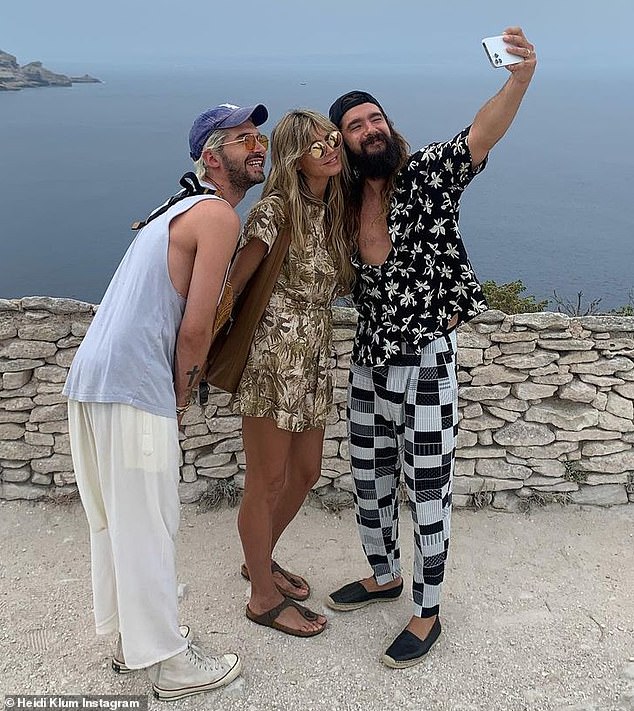 Say cheese: Heidi Klum is traveling in Europe this week and let her Instagram followers know how much fun she is having. The supermodel, 48, posted pictures of her and her family on the French island of Corsica 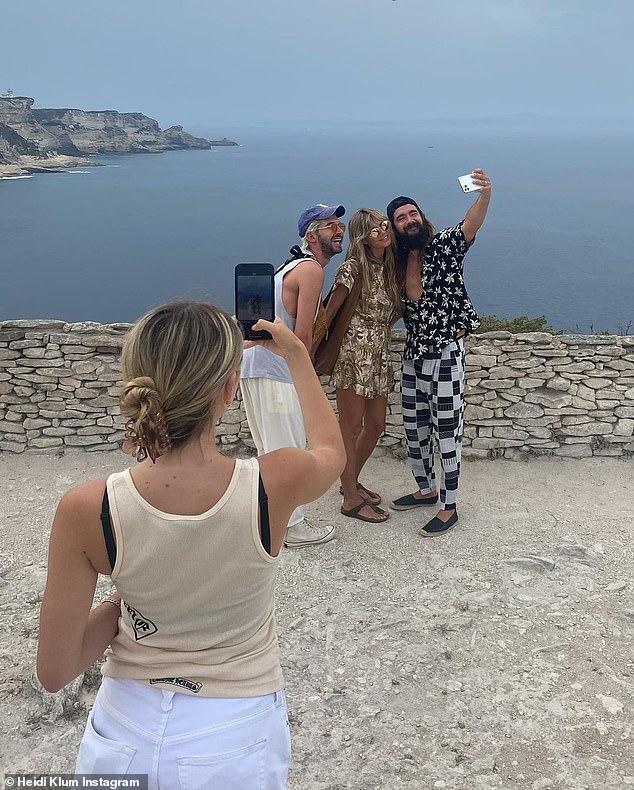 Her mini me was on hand: Daughter Leni was seen from the back as she took a photo of Heidi with her husband and friend as they posed away

The family – which includes the America’s Got Talent judge’s third husband Tom Kaulitz, her daughters Leni, 17, and Lou, 11, and her sons Henry, 15 and Johan.

They were seen taking photos by the coast line and also walked around the town.

This comes after the Sports Illustrated Swimsuit Issue alumnus is obsessed with the strong tasting plant – used all over the world in cooking for the delicious flavour it contains – due to its taste and health benefits, and Heidi will munch on a whole clove every few days. 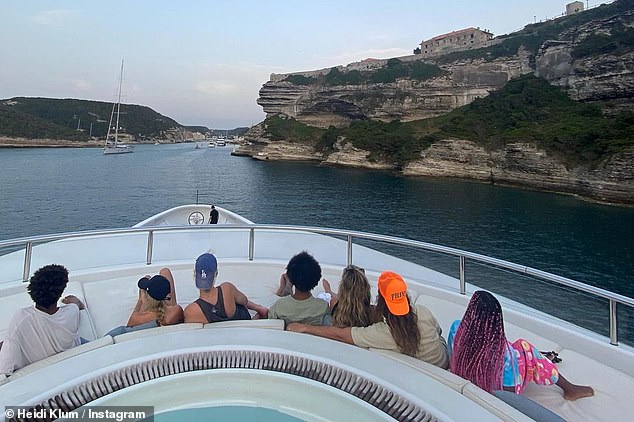 The Klum crew enjoying the view: The supermodel posted this picture of the whole family on a European vacation with new step-father Tom Kaulitz and his brother, Bill 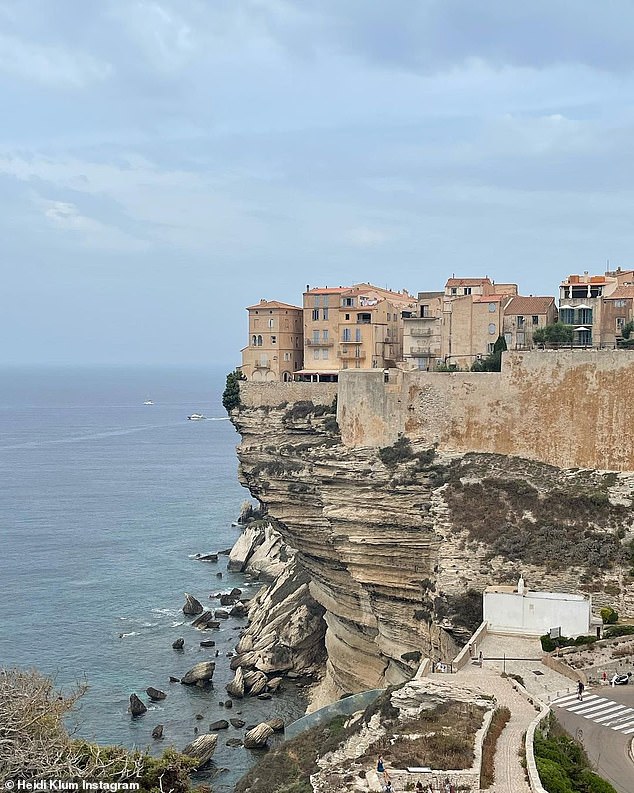 She confessed: ‘I am a big fan of garlic. I usually eat a whole clove once a week.’

Heidi lifted the lid on her hunger for garlic and some of her other eating habits in the 25 Things you Don’t Know About Me feature in the new issue of Us Weekly magazine.

Even though the family is traveling quite a bit, the Making the Cut host is still showing reticence in the face of COVID-19.

Namely, she doesn’t feel ready to host her annual Halloween party this year. 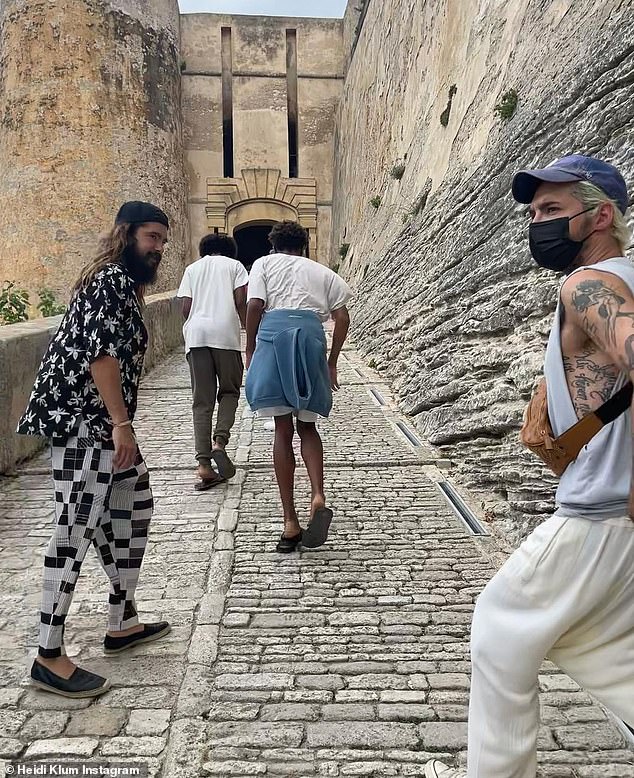 Reaching new heights: The Kaulitz twins walk behind two of Heidi’s children up the cobblestone steps in France 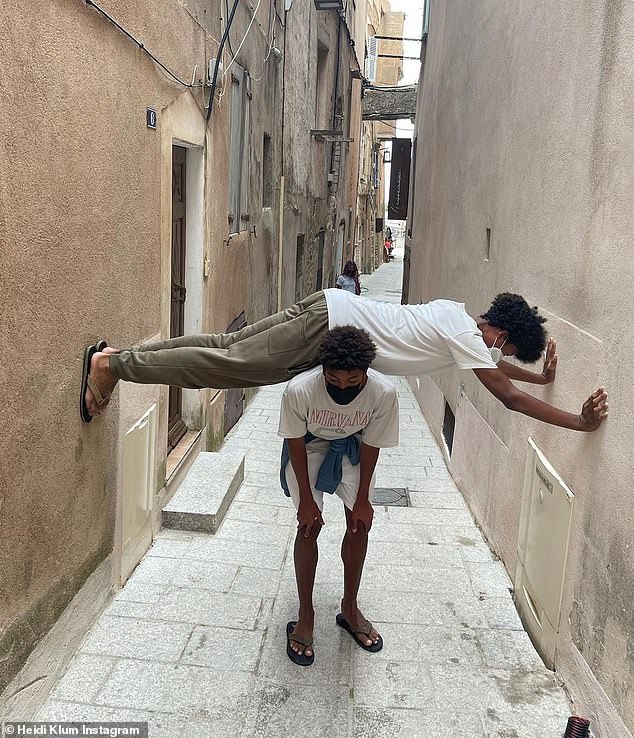 Horsing around: Johan and Henry, Heidi’s two sons with singer-songwriter Seal, mess around in a French alley during the family’s excursion

The supermodel is famous for wearing the most incredible costumes to her annual spooky bash but after having to call it off in 2020 due to the coronavirus pandemic she has made the decision to also not stage it this year out of respect for people who are still being affected by COVID-19 and to ensure no one gets sick at her soiree.

In previous years, Heidi has gone to her party dressed as Shrek character Princess Fiona, Jessica Rabbit from Disney movie Who Framed Roger Rabbit, Egyptian ruler Cleopatra, a flesh-eating alien and as Michael Jackson’s werewolf from the Thriller music video among many other memorable outfits. 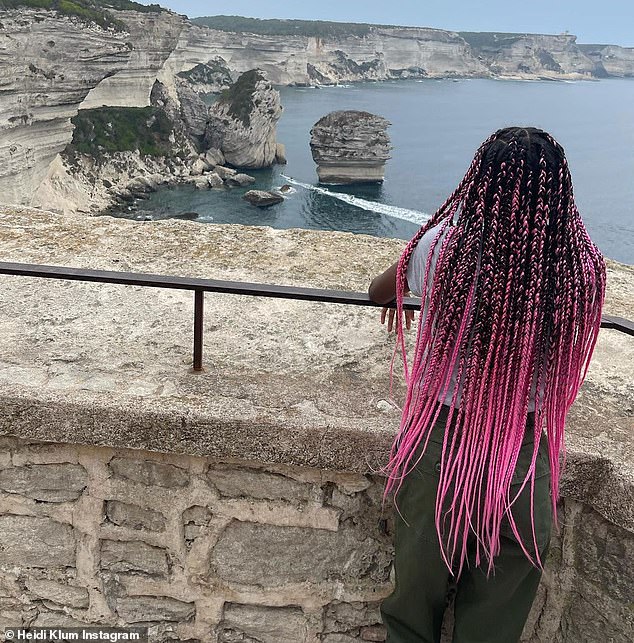 Vacay is okay, but party is a foul: Heidi won’t host her yearly Halloween bash because she’s afraid people might catch the coronavirus at such a soiree

Although she couldn’t host her party in 2020, the superstar still celebrated at home and transformed her children into terrifying mummies, whilst she hid from them using full body paint.

Heidi insists she will still dress up and share her creation on social media even though she won’t be having a party.

She added: ‘I kind of want to sit out one more year but I definitely, I’m already working on something, because I’m also a creative person, and I live for that, that’s why I get up every morning because I love it.

‘I love doing it to myself. I love watching amazing artists doing crazy things, so I’m definitely doing something because I just have to, for my own, you know?’

Your weather update: Warm in some parts, but mostly cold across the rest of the country 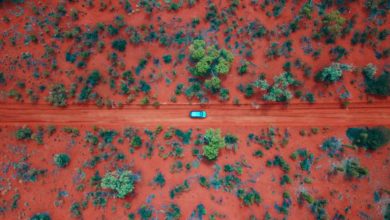 The Dream: International Travel. The Reality: Chaos and Confusion. 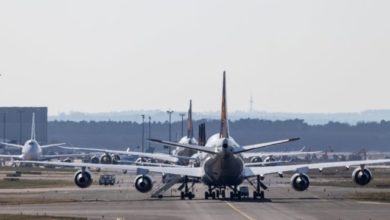 Where in the world you can fly right now