HONOLULU (HawaiiNewsNow) – With the announcement of Robert Kekaula’s death, members of Hawaii’s community flooded social media with messages of love and memories to celebrate the life of one of the state’s legendary sportscasters.

Best-known for his endearing personality and iconic reports sporting aloha shirts, many across the islands relied on Kekaula for the latest in sports news.

“For as long as I can remember, Robert Kekaula was of those people who was just a presence in everyone’s lives and homes. A real legend,” said Sarah Emerson on Twitter.

Thoughts & prayers to the Kekaula Ohana. Rob was an ambassador of Hawaii sports and truly lived Aloha! I am extremely grateful for Rob’s advice, wisdom, and friendship from my years as a high school athlete to my coaching career. Rest In Aloha Robert Kekaula 🙏🏼🤙🏼

Along with his long career as a sports reporter at multiple local news stations, Kekaula was also known as “the voice of University of Hawaii sports.” He was often seen giving play-by-plays for football games.

Kekaula’s unbridled enthusiasm for Hawaii football made every minute of staying up past 2 in the morning on a college football Saturday to watch the late game totally worth it. This is heartbreaking. https://t.co/2piMKJZ3yW

Kekaula’s passion for sports was widely seen and appreciated by many in Hawaii.

His enthusiasm as a sports reporter also spread farther than the islands, with his huge and infectious personality even reaching those on the mainland.

Saddened to hear about the death of Hawaii Sportscasting legend Robert Kekaula. He was the iconic voice of Hawaii sports and my daughter’s favorite. Every Hawaii trip to UNLV she wanted to come to the press box to see him. Football Saturdays won’t be the same without him. pic.twitter.com/i6kanN551i

Aside from his career in sports, Kekaula was also an avid lover of Hawaiian music.

He not only loved it but also recorded three albums: “Kanak Attack,” “Daddy’s Little Girl” and “‘Bout Every Day People.”

In the Hawaii music community, Kekaula was especially close to groups like the Manao Company, Kapena and many of the groups of the 1990′s. He also produced his daughter, Tiera’s solo releases

Although a Hawaii icon in sports, news and music has passed away, the memory of Kekaula’s work will continue to inspire and live on. 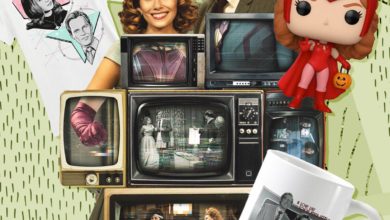 10 WandaVision Gifts That Are Great in Any Decade