Olympic gold medallist Kellie Harrington will travel through Dublin’s north inner city on an open top bus when she returns from Tokyo on Tuesday.

On Sunday the 31-year-old became the ninth person to win Olympic gold for Ireland, claiming the fourth medal of the Games to make it the most successful for Team Ireland since 1996.

The lightweight boxing champion is travelling with her team and the remaining Irish Olympians and is due to touch down in Dublin Airport on Tuesday afternoon.

The bus will travel through a number of streets including Portland Row.

However Dublin City Council is encouraging only local people to line the streets for the occasion.

The route and time of Harrington’s journey through the city will be confirmed on Tuesday morning.

Independent Councillor Nial Ring said he hopes people will spread out safely along the route and give her the welcome she deserves.

“We are encouraging only local people to come along tomorrow,” he said.

“We’d love to to share Kellie. We’ve no problem with sharing but unfortunately with the Covid restrictions and Kellie being a frontline worker herself, I think people will appreciate that maybe its not possible to share her at this stage”

That’s it: no more gold paint left! How long should we keep Kellie’s letterbox gold?? pic.twitter.com/2tmLloJSvU

Speaking on RTÉ’s News at One earlier on Monday, Cllr Ring said: “Kellie has to be on Portland Row at some stage tomorrow afternoon or evening, whether that’s on an open top bus, on a lorry or a horse and cart, we don’t care if we have to carry her on our backs.”

“She won, we want her down there back among her friends, neighbours and family.” 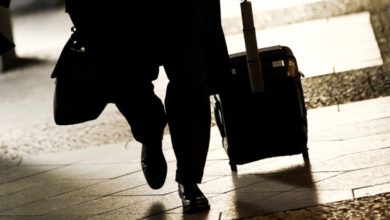 Business Travel Is Coming Back Sooner Than You Think