The four travel men of the apocalypse gathered, virtually, at Westminster on Wednesday.

“Living on thin air for over a year,” was how Mark Tanzer, chief executive of Abta, the travel association, described life for tour operators and travel agents. “Countries are desperate to have us, and we are desperate to go.”

Brian Strutton, general secretary of the pilots’ union, Balpa, painted a similar picture: “Many of the regional airports, and the smaller airlines, have been holding on, waiting and hoping for an opening of summer flying at scale.”

Quarantine, intended to keep us safe, “is the killer”, warned Simon McNamara of the airlines’ body, Iata. Five out of six passengers polled “would not travel if they were subject to quarantine on return”.

And the chief solutions officer at Heathrow, Chris Garton, described the scale of the problem he has to solve. “Our typical daily losses are running at around £5m.”

If, like me, you find that difficult to comprehend, just imagine handing over three £20 notes every second. That is how fast the finances of just one organisation in what used to be the world’s greatest travel industry are eroding.

The quartet of travel doom were guests of the Transport Select Committee.

During the coronavirus pandemic, travellers and the businesses that depend on us have been short of friends in high political places. The government, the Labour Party and the SNP appear engaged in a bizarre bidding war about who can be most hard line on preventing people going abroad.

On Tuesday, Nick Thomas-Symonds, the shadow home secretary, again called for all arrivals to the UK to be taken into hotel quarantine. “There is an urgent need to put it in place,” he told the BBC’s PM programme. “The very worst thing that could happen is that a variant of Covid came into the country that badly threatened the efficacy of our vaccines.”

Such abundance of caution presumably rules out international travel long into the future.

Some of us, though, believe that the many emotional, economic and cultural benefits of going abroad – and welcoming people to the UK – deserve more weight. So who is on our side?

“The incredible travel sector that we have has always been a world leader, and I want it to be again.”

The problem that Mr Courts has: government actions suggest the exact opposite. International leisure travel is due to resume a month from now. Yet neither prospective travellers nor the airlines, ferry firms and train operators who would like to transport them have a clue about the “green list” – the countries from which we could return without needing to quarantine.

Until that is clear, you and I cannot organise overseas journeys and the travel industry cannot enable them.

Getting people abroad is an extremely complex business that requires many travel professionals and specialist assets being in the right places at the right time. The choreography takes months.

Mr Courts, though, is offering only days: “I anticipate that in the early part of May we will be able to give some more detail into which category each country will fall,” he told MPs. “We are giving as much notice as we can.”

Huw Merriman, the Conservative chair of the committee, did not believe him.

“If you were giving as much notice as you could, you would have given the notice by 12 April when many expected to see it,” he said.

“This all seems a rather clever way of making sure that people are not flying or travelling by cruise on 17 May because it is too logistically difficult to do so.

“It is not an unreasonable suggestion to say that it is the government’s plan to stop people being able to travel.”

And in the 30 seconds it took Mr Merriman to say that, Heathrow lost another £1,800.

Anele Tembe's father says he does not believe daughter died by suicide, invites AKA to 'turn to the Lord' 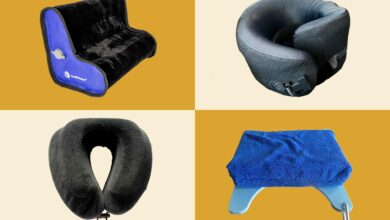 The best travel neck pillow: We tried 4, and there was one winner 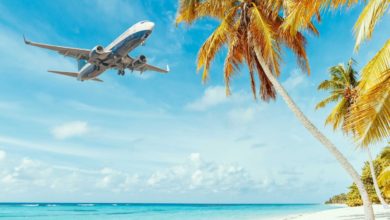 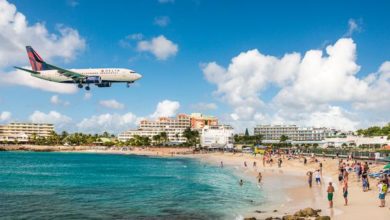 COVID-19 Travel Restrictions: Is It Safe To Visit the Caribbean Right Now?