The Department of Communications and Digital Technologies says that it plans to enforce local content quotas on streaming services such as Netflix.

In a parliamentary presentation, the department’s chief director of broadcasting policy Collin Mashile said that local content should be ‘enabled’ by further policy interventions within the audiovisual broadcasting space.

“Where video-on-demand subscription services come and operate in South Africa, everything that they show to South Africans in terms of their catalogue – 30% of that catalogue must be South African content,” Mashile said.

“What this means is that we are trying to create opportunities for the production and creative industry sector.”

While South Africa has a history of local content quotas for the government-owned SABC, this will be the first time that multinational companies are being targeted.

The move is likely to drastically impact the type of content currently available on Netflix in South Africa – although a move like this by a government it is not entirely unprecedented.

In January 2020, the French government said it is finalising a bill to force video-on-demand services from Netflix, Amazon.com, Apple, Walt Disney and others to invest at least 25% of their revenue derived in the country to fund local productions.

The French legislation falls under a European Union directive requiring such companies to ensure that at least 30% of their catalogues are comprised of European-made content, Bloomberg reported.

The rule is part of France’s broader push for what it has dubbed its “cultural sovereignty in the digital era.” It aims at buoying national traditional media players in the face of the growing success of foreign entertainment platforms.

Like France, South Africa is also considering a digital tax on global companies such as Netflix, Amazon, and Facebook, who operate in a number of countries around the world.

President Cyril Ramaphosa’s 4IR Commission has proposed the tax, stating that it is a ‘priority’ that South Africa participates actively in international efforts to ensure that technology companies pay a fair share of tax in the countries in which they operate.

It said that key infrastructure and other subsidised services and state investments can only be sustainably funded if technology companies are not allowed to avoid and evade tax in the manner in which they currently do so.

It cited tax avoidance techniques such as transfer pricing and the selling IP to tax havens where the profits are allowed to accumulate, with little or no tax accruing in the countries where the companies actually operate.

This avoidance is increasing the gross inequality within and between nations which has to date characterised the 4IR, it said.

The commission said that the government should adopt a digital taxation draft law – pointing to similar legislation which was announced in Turkey in 2019 and became effective from 1 March 2020.

Under Turkey’s new tax, turnover generated from certain digital services are subject to 7.5% Digital Services Tax in the country.

France is considering imposing a 3% tax on digital giants such as Netflix and Amazon, stating that this move has “never been more necessary”.

Many other European countries are looking to follow suit, and South Africa may look to this example as an additional motivation for its implementation of a digital tax.

Another reason South Africa may consider imposing a tax on major international companies that operate locally is to account for a shortfall in its budget, which has been decimated by the COVID-19 pandemic.

However, the willingness of many countries to impose a tax on companies such as Netflix is inhibited by the lack of a unified approach.

Many nations are waiting for the Organisation for Economic Co-operation and Development (OECD) to design a unified digital tax approach to be adopted globally to avoid more countries unilaterally imposing a digital tax.

When last asked about the tax it paid in South Africa, the streaming service noted that it was already paying VAT in the country.

A move which could prove more problematic, is the Department of Communications and Digital Technologies proposal to extend the payment of TV licence fees to include streaming services.

In the “traditional” sense, a “broadcasting service” is limited to content viewed on a TV set.

By implication, that would require the payment of a license fee for the viewing any “broadcasting services” which would include a streaming services, regardless of the device on which it is viewed. 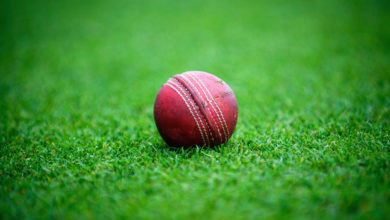 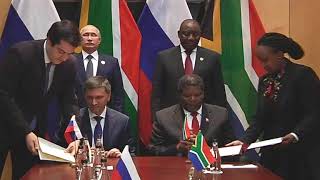 South Africa to declare a state of emergency should the need arise: defence minister