With the sale of its beleaguered national airline, the South African government has turned to the private…

With the sale of its beleaguered national airline, the South African government has turned to the private sector to solve the troubled finances of the aviation sector and state-owned entities.

The South African government has agreed to sell a majority stake in South African Airways (SAA), hoping that the sale will be a solution to the financial crisis that has gripped the airline.

SAA will be 51% owned by the Takatso consortium, a joint venture between private equity investor Harith General Partners and airline operator Global Airways.

Although the government may reduce its remaining 49% stake over time, it will retain a ‘golden share’ of 33% to ensure SAA remains domiciled in South Africa and keeps its status as the flag carrier. Both parties have suggested that the airline will work towards an initial public offering (IPO).

On 11 June, following a year-long process, Minister of Public Enterprises Pravin Gordhan, who is responsible for the management of state-owned entities (SOEs), announced the consortium as the preferred strategic equity partner for the deal, subject to due diligence and approvals, with some details of the funding remain to be confirmed.

SAA has been plagued by financial difficulties for many years before the Covid-19 played further havoc with aviation sector finances.

The airline “faced intense competition, particularly from the Gulf carriers on its long-haul routes, and it was burdened with a fleet that was relatively aged and inefficient compared to its competitors,” as well as “more than its fair share of labour troubles” says Russell Green, London-based aviation finance counsel with international law firm Hogan Lovells.

It has been through various stages of bankruptcy protection, business rescue and bailout over the past five years. Following the start of the pandemic, the government announced that no more financial assistance would be forthcoming, and after flirting with liquidation, the airline was downsized, restructured and put up for sale.

Flights are due to resume later this year and the consortium said the new-look SAA would be more “viable, sustainable, scalable and agile”. In an 11 June statement, Harith co-founder and consortium chair Tshepo Mahloele said: “The partnership represents a robust, exciting South African-bred solution.” He highlighted Harith’s ownership of Lanseria Airport outside Johannesburg, as evidence that it “has significant experience in the transport infrastructure and aviation sectors”.

Gidon Novick, chief executive of Takatso and co-founder of Lift, an airline launched by Global Airways at the end of 2020, said: “Covid has created a unique set of circumstances for the industry. There are incredible skills and talent available right here in South Africa as well as an abundance of low-priced aircraft available globally – both critical ingredients for a successful airline.”

Gordhan said the new partnership would “reposition” the airline: “The objective of bringing in an equity partner to SAA is to augment it with the required technical, financial and operational expertise to ensure a sustainable, agile and viable South African airline.” “With this partnership, we believe we are closer to achieving the important objective of having a sustainable national airline.”

Whether that is achievable, remains to be seen. “A change of ownership doesn’t solve the wider problems that the airline faced,” warns Green. “But if the acquisition does indeed go through, it at least allows the airline to survive and gives it a new source of funding and an opportunity to re-establish itself – that in itself is progress, given that last year liquidation looked the most likely outcome.”

African airlines have particularly struggled during the pandemic. Many were already in a precarious position and reliant on government support.

The government, which has been burdened with underperforming SOEs, said it hoped the public-private formula would prove to be a successful one.

State energy company Eskom has had its own problems with finances, management and energy production, and a 2020 report from Moody’s highlighted the degree to which SOEs were contributing to the country’s economic problems.

“Government support has been crucial to the survival of many airlines around the globe through the pandemic and it’s likely that for some airlines that will continue to be the case for some time to come,” says Green. “But yes, attracting new private investment is important too.” He points to the sale of Virgin Australia to Bain Capital for AUD 3.5 billion and Oaktree Capital Management’s financing of LATAM Airlines, both last year, while United States carriers in particular have succeeded in raising equity and debt financing.

The government was keen to highlight that Takatso is 51% black-owned and that the airline “will no longer need state funding”, while Novick emphasised that: “Transformation will be core to SAA, including accelerated training and promotion of qualified black pilots and a broad-based employee incentive scheme.”

The government statement added: “The composition of the board, management and staffing shall, in addition to the appropriate skill-sets, take into account South Africa’s national demographics and transformation agenda”.

The ownership issue is an important one given the government’s commitment to black economic empowerment, but has added significance following the recent decision by the country’s Competition Commission to block a proposed takeover of the local Burger King franchise on the grounds that it reduced the black ownership of the business to zero. 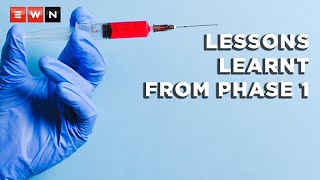 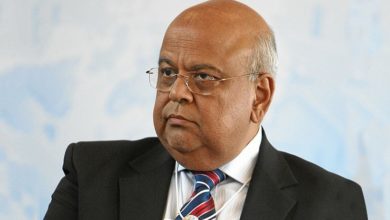 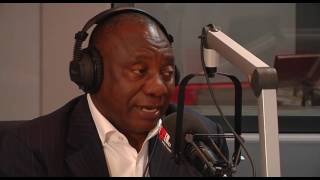