Google has told customers that it will raise the rates for advertisements on its French and Spanish platforms by 2% from May to help offset the impact of a digital tax on profits.

France has collected the levy since 2019, and Spain since this year, under pressure from voters to make US tech giants pay a greater share of taxes in countries where they operate.

The ad rate increase is to “cover a part of the cost of conforming to laws concerning taxes on digital services in France and Spain,” the internet giant said in an e-mail seen by AFP.

In France, internet companies with more than 750 million euros in worldwide sales, and 25 million in France, must pay a three percent tax on their French operations, notably advertising sales and marketplace operations.

Spain also charges a 3% tax on some of their businesses.

Jean-Luc Chetrit, head of the Union des Marques, an alliance of major brands, said Google’s decision would “amputate the investment capacity of brands at a time when all companies are going through an unprecedented crisis.”

Google did not respond to AFP’s requests for comment.

In October, Amazon responded to the French tax by raising the rates it charges France-based marketplace sellers by 3%.

Apple followed suit by raising the commission it charges developers who sell apps on its platform not only in France, but also in Italy and Britain.

The French tax move on global digital companies made it a pioneer in the struggle to find a fair fiscal system for internet multinationals whose tax bill is often tiny compared to their income.

The tax added 400 million euros to French government coffers in 2019, and the government applied the levy again last year despite pressure from the Trump administration to drop it.

With President Joe Biden in the White House, the Organization for Economic Cooperation and Development (OECD) — which is overseeing negotiations on a digital tax — has said it hopes a G20 finance ministers’ meeting in July will hammer out an agreement on the issue. 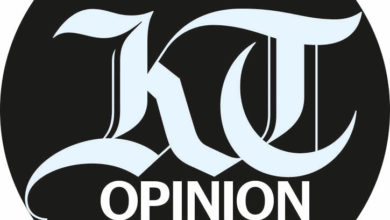 Will flexible working still work after the pandemic? – News