In the 1980s, in the United States. At that time, it was on track to become the most widespread epidemic the country ever experienced. The public debate that followed this declaration focused on how much diabetes would cost society. If left unchecked, diabetes healthcare costs would bankrupt the country!

Against this backdrop, I first became aware that some people think of diabetes, a complex chronic disease, in terms of being “bad” or “good.”

Actually, it’s type 2 diabetes that people think of as “bad.” After all, conventional wisdom says, it could be avoided. If only the people afflicted had lived healthfully, so they didn’t get overweight. Or old. Or have a family history of diabetes. Or happen to be a member of a race or ethnic group commonly affected by type 2 diabetes (i.e., African American, Hispanic/Latino American, American Indian, Alaska Native, or Pacific Islander and Asian).

Or was it type 1 diabetes that was the “bad” kind? After all, without injectable insulin, people with type 1 diabetes would die. That’s what used to happen. Nevertheless, having diabetes wasn’t their fault. Type 1 is an autoimmune disorder. There was no way for them to know it was going to happen. No way to avoid it. And no cure is currently available, only treatments.

While no chronic disease can really be called “good,” some people with diabetes, the ones who complied with strict care regimes, have been characterized as “good” patients. They follow orders and do what they are told without questions.

These days, we may not hear people with diabetes being openly talked about so crudely in terms of being “good” or “bad” as often as in the past. However, many of the same assumptions and beliefs that lead to labeling someone as “good” or “bad” continue to be at play.

The public’s discussion of diabetes and the people affected is a case study in just such “othering.” That is, setting one group apart from another and positioning that group as somehow superior or more deserving than the other. Labeling groups as “good” or “bad,” for example, is a common practice that makes the separation clear to others.

However, this practice didn’t start in the 1980s with the diabetes epidemic debate around healthcare costs. Its roots are much deeper.

Looking back to the very early 20th century, medical research and records show that some of the most preeminent diabetes experts began labeling their patients who succumb as “noncompliant” — blaming them for their fate.

Before the discovery and development of injectable insulin, pioneering physicians both prescribed an extreme, calorie-restricted diet for all people diagnosed with diabetes. (The distinction between type 1 and type 2 diabetes wouldn’t be made until the 1930s.) Often referred to by others as a “starvation diet,” Allen and Joslin prescribed eating plans with as few as 500 calories per day for some of their patients. This occurred even when it was understood that such extreme undernourishment undermined the body’s ability to fight off infection and could lead to death by starvation.

In presenting his case studies, Allen explained that by faithfully following the restrictive diet he prescribed, a good outcome could be expected. Often when a patient took a turn for the worst, or died, Allen called into question the patient’s (and their family’s) faithfulness to the diet he prescribed, and did not comment on the deadly nature of diabetes itself.

Today, we hear the echoes of Allen’s judgmental labeling when healthcare professionals use the terms “noncompliant” and “control” to describe their patient’s self-care efforts.

“Sticks and stones may break my bones, but words will never hurt me.“

So goes the childhood chant. As if, through sheer will, a person can simply ignore hurtful and labeling words and remain unaffected. But in truth, words can and do hurt, especially when they are judgmental in tone and meaning.

“Uncontrolled diabetes” is one example of such a judgmental term too often applied to people with diabetes. It paints a picture of someone who lacks the discipline to follow their diabetes care routine. It also implies that the person is acting in an unreasonable manner.

As anyone who has lived with diabetes can tell you, some days, diabetes simply will not be “controlled.” People with diabetes have experienced the frustration and disappointment that comes from following the same exact routine for medication, exercise, and food from one day to the next and still end up recording dramatically different results in glucose levels.

Medicine has identified dozens of factors that can influence blood glucose levels. Everything from medication taken, exercise, and food eaten to hormone levels, allergies, sleep, stress, menstruation, and even scar tissue (lipodystrophy) can have an impact on a person’s glucose levels. Our understanding of these complex biological mechanisms is, at best, rudimentary. And so, the corrective actions we know to take are crude and the results unpredictable.

Yet the implication of a term like “uncontrolled diabetes” is that the person hasn’t done enough, or done enough of the right things, to successfully wrestle control over their diabetes. The patient is therefore lazy, or undisciplined.

When your best efforts are judged as not good enough, it’s extremely demotivating. Why even try when you know you can only fail? This defeated feeling leads people to shut down mentally and emotionally. It can drive depression and lead people with diabetes to skip actively managing their self-care, especially when they feel exposed or vulnerable to judgement or criticism.

Intolerance is at the root of such judgmental treatment. Being unwilling or unable to accept experiences or views that are different from your own, coupled with the assumption that you know what’s best, leads to that “othering” behavior and language.

With “othering,” people are divided into groups and set apart. Some groups are considered less worthy or deserving. Because they are somehow less, people in these groups don’t receive the same level of respect, compassion, or understanding as people who are part of the so-called superior group. It sets up an assumption of “Us” versus “Them” that taints all thought and actions.

Oftentimes “othering” in diabetes takes the form of unsolicited advice. On the face of it, these comments might seem to be well-intentioned. But every time a person with diabetes is asked “Can you eat that?” or is told “If only you did this or that you would be cured” their sense of self and self-efficacy takes a hit. Seeds of doubt are sown, leaving the person feeling marginalized.

Perhaps the most hurtful “othering” happens when one subgroup in the diabetes community draws a line between themselves and other people with diabetes.

I’ve seen this with people who argue that type 1 diabetes is the “real” kind of diabetes and type 2 diabetes should be renamed to avoid confusion.

Diabetes is an umbrella term, like dementia. Each type shares commonalities with the others and yet is distinct. Not everyone understands all the distinctions. As a result, we sometimes encounter diabetes being painted with a broad, ill-informed brush in society and the media. But simply changing the name won’t educate people or ensure any better understanding of each discrete condition.

I’ve also seen othering behavior among people who proselytize for a particular diet or therapy or technology that works really well for them.

Diabetes is complex. When people find what works for them, they can understandably be excited and want others to know what they’ve discovered. However, no single approach to diabetes management works for everyone or every stage of life. Each of us, in consultation with our healthcare team, makes decisions about the approach to diabetes we’ll take based on our unique situation.

To label someone “good” or “bad” because their diabetes is caused by a different biological mechanism or because they choose a different path for their care is destructive to both the diabetes community as a whole and to the individual people in it.

First and foremost, it destroys our ability to be supportive of one another. Dividing the diabetes community leaves some people isolated from the wisdom and caring that can only come from people who have similar experiences.

Secondly, it undermines our ability to advocate as a community for better healthcare for everyone. There is strength in numbers when it comes to influencing decision makers in government and healthcare.

Only through genuine tolerance, which goes beyond mere acceptance to include openness, curiosity, and communication, can we get beyond “good” versus “bad” and nurture a supportive and inclusive community for everyone affected by diabetes.

How do we go about building genuine tolerance? By being open to and accepting of new ideas and actions.

Not everyone is the same. We each come with a unique set of values built through our unique experience. And while there will be times we don’t agree, we can do so without tearing each other down.

There is no winning with diabetes. While there are better and worse outcomes, life with diabetes isn’t a contest to see who comes out on top. We all face the challenges that come from living with a chronic and incurable disease. When we can come together and genuinely honor each other, we are better able to face the challenges diabetes presents, both individually and as a community.

Corinna Cornejo is a Hawaii-based content writer and diabetes advocate. Her aim is to help people make better informed decisions about their health and healthcare. As a Latina diagnosed with type 2 diabetes in 2009, she understands first-hand the many challenges life with diabetes presents. You can find her thoughts and musings about life with T2D on Twitter at @type2musings.

Rapper Lil Reese, 2 others shot on Near North Side in apparent gunfight over stolen car, authorities say 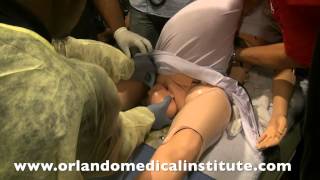 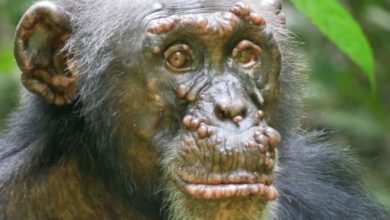