POLICE will leave no stone unturned in establishing how a gold smuggler sneaked out of the Robert Gabriel Mugabe International Airport undetected, only to be arrested in South African.

Home Affairs and Cultural Heritage Minister Kazembe Kazembe said heads will certainly roll at the RGM International Airport where it’s suspected a syndicate could have aided the smuggler’s exit.

“We are going to leave no stone unturned in finding out what happened. We want to know how this man left the country with all that gold. So far we have established that when he walked in at the RGM International Airport (on Sunday) he didn’t have a bag, now we want to establish who gave him that bag, where, and how. Investigations are ongoing, as I said, I am confident we will unearth what transpired on the day as soon as possible, working with our Interpol colleagues,” he said.

Since the smuggler was nailed in South Africa, Minister Kazembe said Zimbabwe is closely working with Interpol to get to the bottom of the matter.

“Investigations are ongoing; our police are in contact with Interpol because the person in question was caught in South Africa. However, here investigations are also being done thoroughly. We will get to the bottom of all this,” he said.

The Civil Aviation is in charge of security at the RGM International Airport, with the police at standby at a police post in the precincts of the airport for back-up.

The suspect Tashinga Nyasha Masinire (33), was found in possession of 23 pieces of gold that might have been smuggled through the country’s biggest airport to yet an unknown destination.

There are also concerns that gold smugglers might have upped their game following the arrest, seven months ago, of Zimbabwe Miners Federation president Henrietta Rushwaya who was nabbed at the same port with 6kgs of gold worth US$366 destined for Dubai, after canners blipped.

Her case is still pending at the courts. In the latest case, insiders at the airport said someone could have aided Masinire by helping him by-pass the scanners.  His luck later ran out at the Oliver Tambo International Airport where the customs section of the South African Revenue Service (SARS) busted him leading to his arrest.

He had not declared the goods and did not have a permit to transport the gold. South Africa’s anti-organised crime unit, the Hawks was alerted and he was arrested.

Masinire has since appeared in the Kempton Park regional court in Gauteng province and granted R100 000 bail and ordered not to leave the country until the matter has been finalised.

Masinire was also ordered to report at any nearest police station three times per week.

Hyundai And Kia Will Spend Billions To Build EVs Here 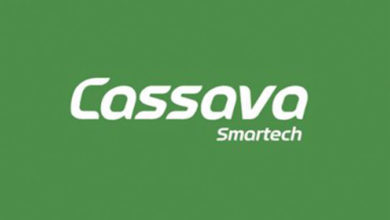