SATURDAY UPDATE: After a strong start on Friday, Warner Bros/Legendary’s Godzilla Vs Kong punched up another estimated $28M (RMB 183.5M) on Saturday in China. That’s a 33% increase from Friday’s opening which, per actuals, was $21.1M (RMB 137M). Depending on the Sunday numbers, it may be a tight fight to top Godzilla: King Of The Monsters’ China debut of $66M (unadjusted), but signs are looking positive. The current estimated cume in China through two days is RMB 320.4M ($49M).

Just out of China, GVK imminently bests Warner Bros’ Tenet ($53M) as the biggest offshore Hollywood opening since Covid began. With what we understand is strong play amongst the other 37 overseas markets where GVK is debuting, the full international box office weekend is now looking like it will top $100M.

The Adam Wingard-directed fourth entry in the modern monster series, which Legendary handles and markets in China, held its 9 score with audiences on Maoyan and the tracker is now projecting an RMB 900.5M ($138M) ultimate finish in the market. That’s higher than where they were seeing it yesterday and would just edge King Of The Monsters’ full final run of $135.4M (also unadjusted). GVK is leading pre-sales through next Thursday and then there’s some competition from local pic My Sister debuting on Friday April 2.

Communist party mouthpiece The Global Times chimed in on GVK this week saying the latest entry in the franchise “hopefully brings what Chinese audiences are happy to see: dazzling special effects and exciting fight scenes between giant monsters.” This was after suggesting the previous week that Hollywood needs to “make an adjustment” to how it markets movies to China.

Elsewhere, GVK saw a stunning 204% increase from Friday to Saturday in Korea where it has now grossed $1.8M across three days. We also hear there have been big jumps in other markets.

We’ll have a full update on Sunday.

PREVIOUS, FRIDAY: Warner Bros/Legendary’s Godzilla Vs Kong thrashed off to an estimated $21.5M (RMB 140M) start in China today, good for the best opening day of a Hollywood title in the market since Covid began and portending a weekend in the high $60Ms. The film positively dominated the Middle Kingdom with an 88% share and played on 42,482 screens. Including the other 37 overseas markets where GVK is launching this session, the fourth title in Legendary’s modern monster series is now looking at a $90M+ international box office debut. The Adam Wingard-directed pic is releasing abroad ahead of domestic which falls on March 31 day-and-date in theaters and on HBO Max.

As we noted in our preview, GVK‘s bow will top WB’s own Tenet ($53M international opening weekend) to mark the biggest offshore debut for a studio movie in the pandemic era.

Social scores in China, where Legendary handles, are solid with a 9 on Maoyan (versus Godzilla: King Of The Monsters‘ ultimate 8.5). The Douban critical rating is currently 7 compared to KOTM‘s 6.3. GVK is looking to duke it out with KOTM‘s (unadjusted) $66M China launch and currently leads pre-sales through all of next week until local title My Sister opens on Friday. Maoyan today predicts an RMB 878.5M ($134M) finish for GVK, though these figures are subject to change.

Either way, this should come as some relief to the studios given a seeming rejection of U.S. films in China recently — and amid the current backlash against American products that’s been spurred by past comments of fashion brands about labor conditions in Xinjiang. Fortunately, that does not appear to be having an impact on the monster mash-up.

The clash of the iconic titans is also releasing in 37 other markets this weekend. Korea through two days counts $693K in the No. 1 slot. We hear things are looking very good elsewhere with nice holds since some markets released on Wednesday, indicating GVK is playing well and is not entirely frontloaded. 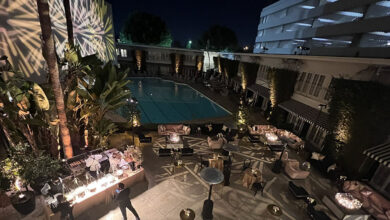 Golden Globes 2022: Behind the Scenes at the Strangest Ceremony Ever 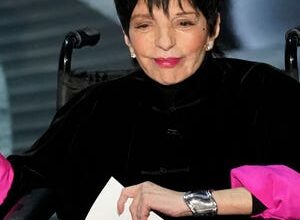 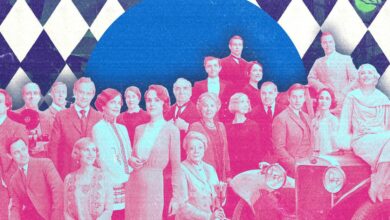 ‘This Is Us’ Season 5 Finale — Is Kate Alive in the Future?