A brand new documentary exploring Coventry’s role as the car capital of the world will air on the BBC tonight (Monday).

‘Classic British Cars: Made in Coventry’ looks at Coventry’s role as a motor city for most of the 20th century.

It celebrates the golden age of the city’s motor industry, taking an in-depth look at the people and places that shaped it.

In the documentary we will meet key players from Coventry’s automotive world, and even get to see long lost treasures in action.

It is a timely release, with Coventry having officially started its year as UK City of Culture.

The documentary also looks at how the cars were crafted – and will pay tribute to the visionary leaders behind car makers like Jaguar, Riley and Standard Triumph.

You can get your Coventry news straight to your email inbox – and it’s FREE!

All you need to do is sign up here.

The emails come out twice a day with the latest news and what’s on stories from across Coventry.

In the documentary, Coventry-born presenter Mark Evans takes a unique look at life on the production line, and tracks down some of they key players from the city’s motoring world.

We even get to see one out of the four remaining Daimler produced cars in action, the oldest of which is still driven by owner Michael Flather.

The first British produced cars came from Coventry in 1897 and for many years it was said you could walk out of a factory job on the Friday and into a new one on Monday.

The documentary has been in the works for the past 18 months from production company Testimony Films.

Producer Steve Humphries said: “It was a huge privilege to tell this story and to meet some of the amazing men and women who made Coventry the car capital of Britain and who are now so passionate about preserving its history.”

Triumph, the Rootes Group, Massey Ferguson, Jaguar, Morris Engines, Rolls Royce and Peugeot to name a few, Coventry was a hive of industrial activity for many years.

In 1897 it took three months to build a Daimler and its factory later went on to house Coventry Climax.

As reported by CoventryLive, the car maker’s legacy lives on as the Daimler Powerhouse, a new home for artists in Coventry.

The documentary also provides a fresh and rich look at the artisans, designers and workers who made Coventry a motor city.

It also reminds us just how many classic cars Coventry produced.

We also come to learn how a piece of Coventry’s Riley cars is still alive and well right here on our doorstep.

We also meet the son of John Black, who would go on to become one of the most influential characters in the history of the British car industry.

John Black was the man behind Coventry’s Standard Triumph – once one of Britain’s largest and most successful car manufacturers, whose iconic designs sold around the world.

However it’s not all about looking back, the documentary explores how we have seen a resurgence in the skill and innovation that makes Coventry a motor city.

Of course, some of Coventry’s beloved factories still remain and the programme looks to the future of the motor industry as we embark on our year as UK City of Culture.

Classic British Cars: Made in Coventry is produced by Testimony Films, and airs on BBC Four, Monday May 17 at 9pm. 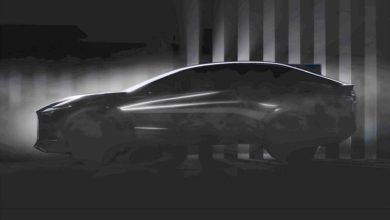 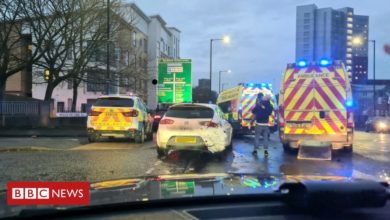