Losses were trimmed however after survey data showed that the eurozone economy returned to growth in March for the first time in six months.

Oil prices rebounded as traders fretted over possible supply issues given that a giant container ship has blocked the Suez Canal, a key route.

Crude had nosedived Tuesday on lower demand prospects as Europe’s biggest economy Germany said it would reimpose strict coronavirus containment measures as it struggles, along with other EU nations, to roll out vaccines.

On Wednesday, bitcoin rose four percent to $56 508 after Tesla boss Elon Musk tweeted that the electric carmaker now accepts the virtual currency as payment in the United States.

Investor fears are growing over another deadly wave of the Covid-19 pandemic, adding to concerns over a stimulus-fuelled global inflation spike.

“Once again, concerns about another wave of Covid-19 cases in Europe and worries that economies will reopen later than initially predicted are weighing on stocks,” said CMC Markets analyst David Madden.

Europe’s two biggest economies, Germany and France, as well as a number of other countries have been forced to impose new restrictions to battle the disease, as they also struggle to get their vaccination programmes rolling properly.

In Asia, Hong Kong was among the biggest losers, dropping two percent on news that the government had suspended its Pfizer/BioNTech vaccine programme over concerns about packaging, dealing a blow to the city’s already slow inoculation programme.

Nearby Macau also halted those jabs. Hong Kong’s Hang Seng Index has now fallen into a correction having lost more that 10% from its recent high.

Tokyo also shed two percent, while Shanghai, Mumbai and Jakarta each lost more than one percent.

“The oil market selloff has been given a reprieve,” noted PVM analyst Stephen Brennock.

“Price support is coming courtesy of a transport blockage in one of the world’s critical chokepoints for the oil trade.”

Tesla's Digital Gear Selector Is Even Weirder Than We Thought

Jessica Simpson Looks Back at "Cruel" Comments About Her Weight 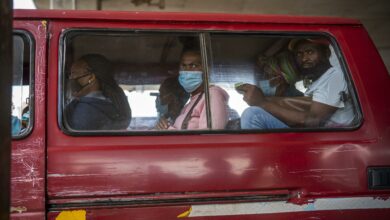 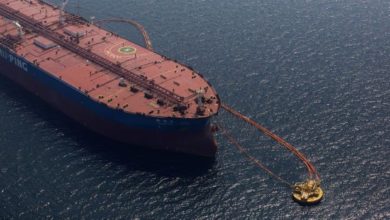