Faith leaders are calling on states and pharmaceutical companies to produce and distribute enough vaccines to immunise the entire global population against Covid-19, saying there is a “moral obligation” to reach everyone.

Almost 150 religious leaders from around the world – including Rowan Williams, the former archbishop of Canterbury, Thabo Makgoba, the Anglican archbishop of Cape Town, and Cardinal Peter Turkson of the Roman Catholic church – are urging an end to vaccine nationalism. The Dalai Lama is also supporting the campaign.

They want leaders at next month’s G7 meeting to commit to taking all necessary steps to ensure a global programme of vaccination as “a global common good”.

The faith leaders say: “We cannot abdicate our responsibilities to our sisters and brothers by imagining that the market can be left to resolve the crisis or pretend to ourselves that we have no obligation to others in our shared humanity.

“Every person is precious. We have a moral obligation to everyone in every country.”

Their call – in conjunction with the People’s Vaccine Alliance – came as the White House announced the US will share up to 60m doses of the AstraZeneca vaccine with other countries in the coming months. Critics had accused the federal government of stockpiling vaccines while other countries have extremely limited supplies.

India, which is being overwhelmed by the virus, is running out of vaccines for its population despite being a large manufacturer.

Countries in Africa are also running out of supplies of Covid vaccines, and there is concern over the availability of further doses, according to the World Health Organization. Less than 1% of the population of sub-Saharan Africa had been vaccinated by mid-April.

The UN-backed Covax initiative has so far delivered 18m vaccine doses to 41 African countries. Rwanda, Senegal, Ghana, Togo, Tunisia, Eswatini (formerly Swaziland), and Botswana have exhausted their initial supplies. Most Covax supplies to African countries have been coming from India, but the Delhi government has restricted exports in the face of its own mounting crisis.

The faith leaders call for countries to release excess doses, saying “if one part of the world is left to suffer the pandemic, all parts of the world will be put at ever-increasing risk.”

In an article for the Guardian, Williams says the G7 must act to end “vaccine apartheid”. He writes: “Future generations will look back with incredulity at our failure so far to do what is necessary for global public health in the course of this pandemic … Piecemeal response is ineffectual; and the idea that certain enclaves can simply throw up walls around themselves is fantasy.”

Economists had calculated that the cost to the G7 countries of making vaccines universally available would be “a minute fraction of the trillions already earmarked for post-Covid economic recovery”.

At Easter, Pope Francis, the leader of the world’s 1.3 billion Roman Catholics, called on the international community to overcome delays in distributing vaccines “especially in the poorest countries”.

Speaking on behalf of the People’s Vaccine Alliance, Fionna Smyth, the head of global advocacy and policy at Christian Aid, said there must be “a transformation in how vaccines are produced and distributed – pharmaceutical corporations must allow the Covid-19 vaccines to be produced as widely as possible by sharing their knowledge free from patents.

“Instead they are protecting their monopolies and putting up barriers to restrict production and drive up prices, leaving us all in danger … So long as vaccine solutions are kept under lock and key, there won’t be enough to go around.”

Expropriation of land without compensation in South Africa – where are we? 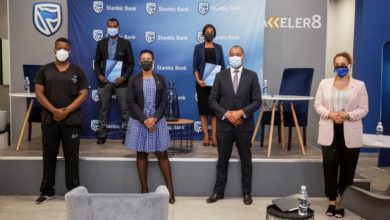