Glencore is shaking up its top management, with three of its most senior traders set to depart — the latest step in a wider changing of the guard at the world’s largest commodity trader.

Tor Peterson, the head of coal trading, Kenny Ives, head of nickel trading, and Nico Paraskevas, head of copper trading, will all leave “in the coming months,” according to an internal memo from Chief Executive Officer Ivan Glasenberg.

Ives and Paraskevas — both in their mid-40s — had been seen as potential candidates for the CEO job, but lost the race to succeed Glasenberg to Gary Nagle.

Most of the generation of executives that led the company to its 2011 flotation have left in recent years. After Glasenberg announced in December that he would hand over to Nagle later this year, Peterson was the last remaining billionaire minted by the initial public offering and his departure had been long expected.

Glencore, founded in 1974 as Marc Rich + Co., has only had a few major leadership reshuffles in its history. Willy Strothotte succeeded Rich when he was pushed out after a failed attempt to corner the zinc market; and Glasenberg succeeded Strothotte in 2002.

The company has outlined a slew of appointments to follow the latest departures, and will merge some units under new leadership. The moves are designed to “streamline our business,” Glasenberg said in the memo.

Yet the changes do little to address the lack of diversity in Glencore’s senior ranks: all the new department heads named in Glasenberg’s memo are men.

Following the departures, the zinc and copper trading units will be merged and run by Jyothish George, who will take responsibility for trading refined metals, and Nick Popovic, who will lead concentrates trading. The new split is in line with how the departments were organized for many years under Telis Mistakidis and Daniel Mate.

Ruan van Schalkwyk, a specialist in bulk commodities trading who previously took responsibility for manganese, will replace Peterson as head of coal trading. And Jason Kluk will take over a combined ferroalloys and nickel marketing unit.

In the memo, Glasenberg reiterated Glencore’s often-repeated insistence that it will stick with thermal coal even as rivals seek to exit, saying: “We remain committed to our coal business.” 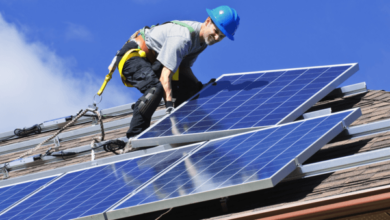