Voters wait in a queue at a polling station during the elections in Lusaka, Zambia, before businessman Hakainde Hichilema was elected president. National PHOTO: AP

Zambia’s new finance minister, Situmbeko Musokotwane, has said in an interview that it is critical to agree to a lending programme with the International Monetary Fund (IMF) because this will give creditors confidence and the government cheaper and longer financing.

Musokotwane, appointed on Friday by recently elected President Hakainde Hichilema, faces the daunting task of trying to pull the southern African country out of a protracted debt crisis, and has pledged to prioritise talks with the IMF.

In an interview aired on Sunday, he told public broadcaster ZNBC he was confident Zambia would get an IMF programme before the end of the year and thereafter restructure its debt.

The government has a $750-million Eurobond due next year but says it cannot repay it.

“We don’t have the money to pay back. This is why it is important that we get on (an) IMF (programme) so that we can re-arrange not to pay next year. I am 100% confident that it will be done,” he said.

Zambia, Africa’s second-biggest copper producer, became the continent’s first pandemic-era sovereign defaulter in November when it stopped servicing its $3 billion in Eurobonds along with almost all its external debt.

A well-respected economist, Musokotwane previously served as finance minister from 2008 to 2011 and oversaw the implementation of Zambia’s last economic programme with the IMF that was concluded shortly before he was appointed to the post. He now faces the task of reviving an economy that shrank 3% last year, is buckling under nearly $13 billion in foreign loans and has soaring inflation.

But after Hichilema’s landslide election victory this month over incumbent Edgar Lungu, the country’s dollar bonds and Zambian kwacha currency have rallied on hopes the new administration will bring a swift resolution to its debt woes.

Soaring copper prices to the rescue

Elevated prices of copper will aid Musokotwane’s cause: the metal accounts for more than 70% of the nation’s export earnings.

Hichilema’s administration aims to more than double copper output to as much as two million metric tonnes yearly by 2026 and ultimately about three million tonnes in 10 years  Musokotwane said, referring to the metal used in electric cars as the “new oil”, the Bloomberg news agency reported.

“We are going to push production of copper by creating a good environment for more investment,” he said. “You will be amazed how much foreign exchange this country is going to make. You will not know what to do with the dollars that this country will be receiving.”

The kwacha advanced for a third-straight session on Friday to the strongest level against the dollar since March 2020, when the nation signalled it would restructure its external debt.

Of Zambia’s external debt, some $3 billion is in Eurobonds, $3.5 billion is bilateral debt, $2.1 billion is owed to multilateral lending agencies and another $2.9 billion is commercial bank debt.

A quarter of the total is held by either China or Chinese entities via deals shrouded in secrecy clauses, making negotiations for IMF relief particularly tough.

Musokotwane has said that he will present a budget within 90 days of Hichilema’s swearing-in last Tuesday and in the medium- to long-term his priority would be creating jobs. 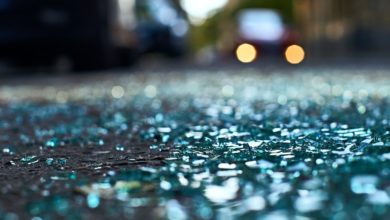