A mask compulsory sign has been put up in the Bavarian city of Rosenheim, southern Germany, on 1 April 2021, amid the ongoing coronavirus pandemic. Picture: AFP

BERLIN – Germany and Italy on Friday joined Britain in banning most travel from South Africa as governments scramble to prevent the spread of a new COVID-19 variant with a large number of mutations.

In a sign of the growing alarm, the European Union has separately proposed prohibiting travel from southern Africa.

The EU’s executive “will propose, in close coordination with member states, to activate the emergency brake to stop air travel from the southern African region due to the variant of concern B.1.1.529,” EU chief Ursula Von der Leyen tweeted Friday.

The @EU_Commission will propose, in close coordination with Member States, to activate the emergency brake to stop air travel from the southern African region due to the variant of concern B.1.1.529.

They must quarantine for 14 days upon arrival even if vaccinated.

“The last thing we need now is an introduced new variant that causes even more problems,” Spahn said, with Germany in the grip of a ferocious fourth wave of the pandemic.

In Rome, the government on Friday announced it was banning entry to those who have been in South Africa, Lesotho, Botswana, Zimbabwe, Mozambique, Namibia or Eswatini in the past fortnight.

Health Minister Roberto Speranza said scientists were studying the new B.1.1.529 variant, “and in the meantime, we will follow the path of maximum caution”.

Britain announced that all flights from South Africa and its same neighbours would be prohibited starting 1200 GMT on Friday.

“Whilst South Africa respects the right of all countries to take the necessary precautionary measures to protect their citizens, the UK’s decision to temporarily ban South Africans from entering the UK seems to have been rushed as even the World Health Organization is yet to advise on the next steps,” the foreign ministry said in a statement.

WATCH: What we know about the new COVID-19 variant in SA 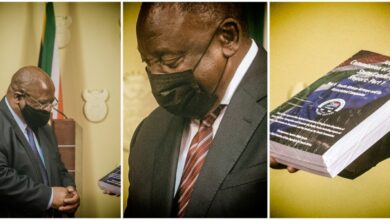 SAA vows to deal with ‘shameful’ past in wake of St… 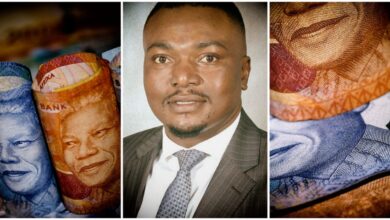 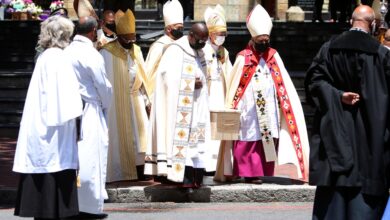 The Arch has left his moral compass for us…