The Game of Thrones author just signed a massive overall deal to develop more programming for the network and its streaming service, HBO Max.

The news comes on the heels of a surge of Game of Thrones prequels being put into development. All told, the network has five projects based on Martin’s A Song of Ice and Fire fantasy world in the development stage and one (House of the Dragon) that’s been greenlit to series.

The four-time Emmy winner is also developing for HBO the series Who Fears Death (an adaptation of Nnedi Okorafor’s award-winning 2011 post-apocalyptic novel) and Roadmarks (an adaptation of Roger Zelazny’s 1979 fantasy novel), both of which he will executive produce.

Martin first struck a deal to license his A Song of Ice and Fire novels to HBO in 2007, a journey that would lead to HBO’s biggest and most-award-winning series of all time. Martin is represented by WME, Christine Cuddy and Vince Gerardis.

Martin has some projects beyond HBO, as well. There’s Wild Cards, based off a series of anthology novels written by Martin, and others, that’s in the works at Peacock. There’s In the Lost Lands, a feature film in development based on Martin’s fantasy adventure short stories, with Paul W.S. Anderson attached to direct and Milla Jovovich and Dave Bautista attached to star. And there’s Meow Wolf, Martin’s experiential immersive entertainment company, which now has two mind-bending attractions: The acclaimed House of Eternal Return in Santa Fe, New Mexico, and the newly opened Omega Mart in Las Vegas. A third, Meow Wolf’s Kaleidoscope, is a dark ride announced for Elitch Gardens Theme Park in Denver, Colorado.

Plus, of course, Martin has his ASOIAF novels, with his long-awaited sixth book in the saga, The Winds of Winter, currently being written.

Below are all of the Thrones TV projects in the works. Martin is closely working with the writers and is an executive producer on each.

House of the Dragon: Set 300 years before the events in GoT, House of the Dragon tells the story of House Targaryen back when Daenerys’ ancestors ruled Westeros. The events in the show will eventually lead into the famed Dance of the Dragons (the Targaryen civil war). The series stars Olivia Cooke, Emma D’Arcy, Paddy Considine and Matt Smith (here’s which character each actor plays) and is from co-showrunners Ryan Condal (Colony) and Miguel Sapochnik (who directed some of the finest episodes of GoT, including “Battle of the Bastards”). Like all the GoT prequels in the works, the project is executive produced by Martin. House of the Dragon will film in England (unlike GoT, which was based in Northern Ireland) and is expected to start production in April. The first season is 10 episodes and expected to air in 2022.

Nymeria project: This revolves around the warrior queen Nymeria, a revered ancestor of House Martell who founded of the kingdom of Dorne (she became so legendary in the realm that two characters bore her name in the original series — Sand Snake Nymeria Sand and Arya’s direwolf). Her story is set roughly 1,000 years before the events in Game of Thrones, making it much older on the Westeros timeline than any of the other previously announced projects in the works (HBO shot a prequel pilot in 2019 set even further back during the Age of Heroes, but it never made it to series). The working title for the project is 10,000 Ships, a reference to Nymeria ordering all her ships to be burned after bringing her army from Essos to Dorne so there could be no turning back (Martin, a history buff, was likely inspired here by the legend that Hernán Cortés burned his 600 ships after arriving in the New World in 1519).

The Sea Snake: With a working title of 9 Voyages, this is from Rome creator Bruno Heller and follows Lord Corlys Velaryon, aka The Sea Snake, the Lord of the Tides and head of House Velaryon. The seafaring character also appears in the upcoming greenlit GoT prequel House of the Dragon, where he’s played by British actor Steve Toussaint. In Martin’s lore, Velaryon is the husband of Princess Rhaenys Targaryen (played by Eve Best in House of the Dragon). So this effort represents a potential spinoff of a character from a series that hasn’t yet been shot. Also, given Toussaint’s casting, The Sea Snake could represent the first GoT project with a person of color as the lead character.

Flea Bottom: This project is set in the notorious King’s Landing slum of Flea Bottom – the maze of tight streets in the capitol city where characters like Davos Seaworth and Gendry Baratheon were born. One imagines this having a bit of a Peaky Blinders-in-Westeros vibe; something exploring the lives of everyday citizens and the criminal underworld rather than focusing on powerful lords and ladies.

Dunk and Egg project: This is based on Martin’s popular novellas (The Hedge Knight, The Sworn Sword, The Mystery Knight) which follow the adventures of the hedge knight Ser Duncan the Tall (Dunk) and his squire (Egg), who would later become King Aegon V Targaryen. The story takes place 90 years before the events of Martin’s A Song of Ice and Fire series. Fun fact: Egg’s brother was Maester Aemon (Peter Vaughan) in GoT and there’s a heartbreaking reference to the character when Aemon is on his deathbed in season 5 and says, in apparent delirium, “Egg, I dreamed that I was old.”

Animated drama series: No details yet on the subject or style of this animated project, but an animated venture gives a couple of storytelling advantages: It could portray a lavish amount of spectacle beyond even GoT standards, and/or it could tell a story that spans a considerable stretch of time — much of Martin’s previously published supplemental materials are in an encyclopedic form that sketches out thousands of years of Westeros history, a breezy storytelling style that’s far easier to portray on screen using animation, where producers could quickly introduce new characters and settings and then rapidly move on without having to cast actors or build sets.

A novel approach to oral vaccination against Covid-19 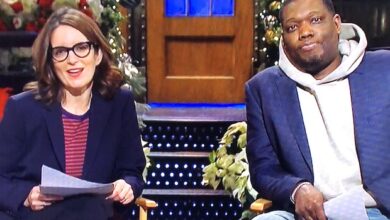 Wack 100 Says He Has Unreleased Kim K Sex Tape, Offers It to Kanye 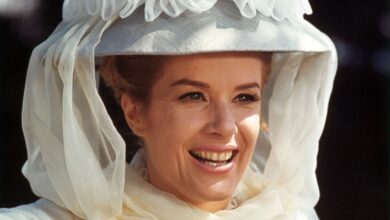 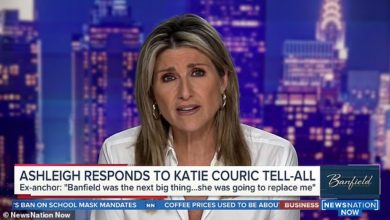