A classic Mercedes-Benz owned by The Beatles’ lead guitarist, George Harrison, is up for auction on the Collecting Cars platform.

As if the ownership history was not enough, this is also a rare W100 version of the 600 limousine.

Typically known as the ‘Grosse Mercedes’, the 600 comes packed with luxury features and elaborate 1960s technology.

All Those Years Ago

Launched in 1963, the Mercedes-Benz 600 replaced the previous 300D ‘Adenauer’ as the marque’s flagship model. It became a hit with both dictators and celebrities.

Elvis Presley was a noted former owner of a 600, having registered one to his Graceland address.

Running a 600 was not for the faint of heart or short of pocket. Mercedes-Benz had developed a brand-new engine for the four-door: the M100 6.3 V8.

With 250 hp, it was powerful, but had to contend with plenty of weight. A four-speed automatic transmission focuses on smoothness over speed.

However, what made the 600 truly special was its 150-bar hydraulic system. This operates the windows, door locks, seats, and sunroof, all without the noise of an electric motor.

Mercedes-Benz produced 2,190 examples of the 600 in short-wheelbase form between 1967 and 1981. This particular car was used as a dealership demonstrator, before being purchased by George Harrison.

Numerous photos supplied with the car show it during Harrison’s ownership. At the time, the car wore the UK registration number ‘OLA 600E’, which has now been returned to the car.

Got My Mind Set on You

The 600 is currently owned by businessman and entrepreneur, Sukhpal Singh Ahluwalia. He describes it as being “an important piece of rock and roll history”, and has spent much on maintenance and refurbishment work.

This includes a complete overhaul of the hydraulic system, with the bumpers and headlights returned to period-correct style. The leather interior is said to be original, and in good condition, with everything working as it should.

It means whoever purchases the 600 will have a usable classic car, with an extraordinary ownership history.

As expected, the Mercedes has already attracted plenty of attention. The auction on Collecting Cars is due to run until Tuesday, 26 July, so expect the bids to keep on climbing.

Covid-19: how to sanitise your car

Hyundai to go zero-emission in Europe from 2035: No gas 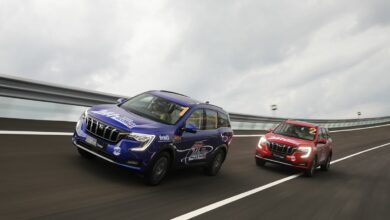 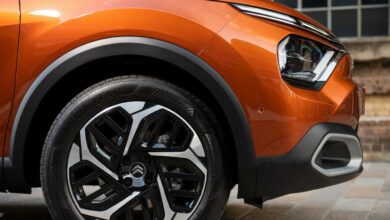 2021 Citroen C4 has arrived in Australia