The Helen Joseph Hospital in Johannesburg.

The Gauteng Department of Health says it has instituted an investigation in order to establish the circumstances around the death of a 26-year-old patient at Helen Joseph Hospital in Johannesburg earlier this week.

In a statement on Friday, the department said it had noted with “sadness” the reported incident at the health facility.

EWN reported that a Johannesburg mother found her daughter dead in the spot she left her – in a hospital waiting area, more than 24 hours later.

The mother, Nqobile Dube, had reportedly rushed her daughter to the hospital. According to the publication, the mother found her daughter sitting in her wheelchair with her mouth and eyes open.

“The Department has instituted an investigation in order to establish the circumstances around the demise of the female patient. An update will be provided on the matter upon finalisation of the investigation into this matter. We wish to convey our sincere condolences to the patient’s family,” the department said.

DA Health spokesperson Jack Bloom said the incident highlighted the “neglect” patients experienced at Helen Joseph’s casualty, which is “grossly overcrowded with patients who can wait days before being admitted to a ward”.

Bloom said the situation at the hospital had “worsened” with the Covid-19 epidemic as well as the extra burden of patients who would have gone to Charlotte Maxeke Johannesburg Academic Hospital which was closed following a fire in April.

Instead of assisting the Helen Joseph, the Gauteng Health Department has dithered in reopening the safe parts of CMJH and wasted huge amounts of money in building extra beds in the wrong areas without staff and equipment.

“This includes R500 million spent on the 181-bed Anglo Ashanti Hospital in the Far West Rand that does not even have oxygen for the small number of Covid-19 patients admitted there,” Bloom said.

He added that none of these were an excuse for the “poor management” at Helen Joseph and that a full investigation was needed to look into the incident.

“But what is really required is a complete overhaul of the Gauteng Health Department to ensure that money is spent effectively to ensure adequate staff and equipment at all public hospitals.

“The DA calls for a rescue plan that would involve the best brains in the private sector to fix the deep-rooted problem in this dysfunctional Department, otherwise the hospital horrors will continue,” he said.

EWN also reported that Dube said there was not a single staff member who seemed to notice her daughter was dead until she made them aware. 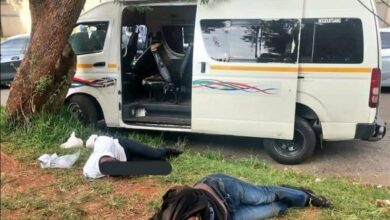