COVID-19 survivors say battling the disease is no walk in the park.

Some even regard recovery as nothing short of a miracle.

Sarah Nuyoma (27), who tested positive for Covid-19 while about seven months pregnant, says she had severe symptoms which led to her being hospitalised for nine days.

Nuyoma says she hopes her battle will help convince young people of the severity of the pandemic, and to adhere to health regulations.

“I thought I was going to die,” she says.

Had she arrived at hospital a little later than she did, she could have died, she says.

Nuyoma says fighting Covid-19 as a pregnant woman was not easy.

Because of this she was considered a high-risk patient.

Although Nuyoma, who regards herself as “blessed” and “lucky” to have survived Covid-19, was hospitalised for nine days, she says she may have been infected three weeks prior to her condition deteriorating.

“My positive Covid-19 results came back on 15 October, but four days after getting my results, my condition got worse, and I had to go to Windhoek Central Hospital’s Covid-19 centre for treatment, but being pregnant and Covid-19 positive was high risk,” she says.

She started coughing blood, which was alarming, she says.

She was also feeling dizzy, nauseous and weak, and was eventually sent to Katutura Intermediate Hospital due to the severity of her illness.

“I had to wait for an entire hour before the Katutura hospital could admit me, with doctors telling me they cannot treat pregnant women as it is risky,” she says.

Nuyoma says her recovery is a miracle considering her condition, and the illness took an emotional toll on her and her family.

“My message is to the young people to please understand that Covid-19 is real. They are not serious. I thought it was a joke, but it is killing us. My baby and I are lucky to have survived, and young people need to understand how dire the situation is,” she says.

When he initially started showing symptoms he did not take it seriously and downplayed it, he says.

“That’s until on the night of 13 June, I had a serious episode. Waking up that night, I felt dehydrated, so I tried to walk to the kitchen for a cup of fresh water, but unbeknown to me, my oxygen level was very low, and breathing difficulties kicked in sharply, so I collapsed,” he says.

His housemate discovered Nekundi the next morning around 06h00 and rushed him to a nearby private hospital, which turned him away.

“There’s nothing worse than being turned away by a whole health institution when you are on the verge of dying. Despair was kicking in, but I remembered I have a son, I had to stay strong. At this point, time was not on my side, and I needed urgent medical attention,” he says.

Nekundi was eventually turned away by more than one private hospital and turned to his doctor in desperation.

“By this time, I was very weak, afraid, and hopeless. Fear and anxiety made it worse. People were telling me to keep calm and strong. But how could I when the deadly Covid-19 has infiltrated and made a feast of my lungs?” he asks.

Nekundi says his doctor gave him medicine for bronchitis, which gave him some “much-needed relief” while continuing the search for treatment at a state hospital.

“When we got to Katutura hospital, they wanted to send us to Robert Mugabe Clinic, but at this point, they realised it was now a matter of life or death. So they had to rush me in through casualty, and I was put on all sorts of pipes. Before I knew it, I was unconscious,” he says.

Nekundi says the encouraging words of one of the nurses at the hospital strengthened him.

“At least the nurses at Ward 4 B are friendly, helpful and always encouraging patients to be strong. Every morning during her rounds, one nurse would come to me and say ‘Nekundi, you are a strong young man. You will win this and you will go back home to your family’. This has motivated me to stay positive during my two days at the hospital,” he says.

It felt like someone was breaking her joints, she says of the body aches she experienced.

Chiguvare says she also had a high fever and a cough.

The virus causes psychological trauma, she says, because of the fear of dying, she says.

“We thought it was just the flu, but it was worse. A day after testing positive, I felt extremely cold and my body ached. My chest at some point felt tight and my oxygen levels were dropping,” she says.

Vataa Muundjua (40), who describes Covid-19 as an “evil virus”, says he is lucky to have survived, adding he has not experienced this kind of illness in his entire life.

“I believe more people might die from Covid-19. A lot of them are allowing death to take over, because it has various symptoms,” he says in a Facebook video that has gone viral.

Muundjua says the virus affects your breathing, leaves you fatigued, and at some point affects your mental capacities, leaving you struggling to comprehend your surroundings.

He says his joints were aching and he was struggling to sleep for about four days.

“If someone close to you gets this disease, please do not play with it. Most of their experiences are near death. One minute I wanted to sleep, but at the same time I felt like I was dying. I had shivers and a lack of sleep. There is no medication that helps fight this disease. I even tried to use the medication used on cattle (ivermectin), which helped for a few hours, but later on I was worse again,” he says.

Muundjua says the sooner one goes for testing, the better one’s chances of getting treatment in time and surviving.

How to Bring Zambian Design Elements Into Your Home 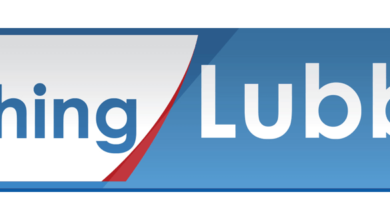