Gary Oldman has been sober for 24 years, but the Mank star still remembers what it was like to “sweat vodka” and have a “black” tongue.

He tells The Los Angeles Times that his experience as a recovering alcoholic provided a greater understanding of Herman Mankiewicz, who he portrays in the Netflix film Mank. Like the famous screenwriter, Oldman recalls thinking he was “getting away with” his addiction because he was still working.

Oldman explains, “Herman, with that self-effacing humor, he was at lunch, drinking with a friend, who said, ‘Why don’t you go home sober for once?’ And he answered, ‘What? And have [his wife] Sara throw me out as an impostor?’ I did the same thing. I would sit down and tell the waiter, ‘I’ll have a large vodka tonic. And can you bring it now because I’m an alcoholic. I need it quicker.'”

He adds that it was harder to kick the habit because he associated alcoholism with great artists like Ernest Hemingway.

“People romanticize it, and even I romanticized it,” Oldman reflects. “All my heroes were drinkers or opium addicts, and you get all misty-eyed about these poets and playwrights and actors who were big drinkers.” 'Squid Game' is No. 1 on Netflix and South Koreans are using the survival drama to talk about inequality – The Washington Post 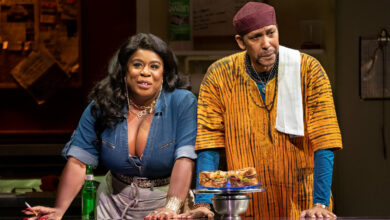 ‘Clyde’s’ Review: Sometimes a Hero Is More Than Just a Sandwich 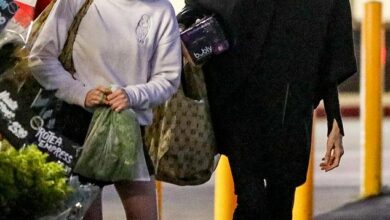 Angelina Jolie is effortlessly chic for grocery run with daughter Vivienne, 13, in LA

‘Scenes From a Marriage’ Review (HBO)—Oscar Isaac and Jessica Chastain