Amhara militia men, that combat alongside federal and regional forces against northern region of Tigray, receive training in the outskirts of the village of Addis Zemen, north of Bahir Dar, Ethiopia.

The G7 group of leading nations on Friday called for the “swift” withdrawal of Eritrean troops from Ethiopia’s conflict-hit northern Tigray region, as the International Crisis Group (ICG) warned of a prolonged deadlock.

Addis Ababa and Asmara had previously long denied Eritreans were active in Tigray at all, contradicting testimony from residents, rights groups, aid workers, diplomats and even some Ethiopian civilian and military officials.

“We welcome the recent announcement from [Ethiopian] Prime Minister Abiy that Eritrean forces will withdraw from Tigray,” the G7 foreign ministers said in a statement released in Berlin.

“This process must be swift, unconditional and verifiable.”

Tigray’s interim leader, Mulu Nega, told the AFP news agency this week that the withdrawal was “a process” and would not happen immediately.

But Eritreans appeared to have ramped up their presence in some areas, the AFP news agency reported, citing testimony from residents of several Tigrayan cities and towns.

Asked about the status of Eritrea’s withdrawal, Eritrean Information Minister Yemane Gebremeskel told AFP via email this week that Abiy’s statements were “unequivocal and unambiguous”.

Abiy, the winner of the 2019 Nobel Peace Prize, sent troops into Tigray in November to detain and disarm leaders of the once-dominant regional ruling party, the Tigray People’s Liberation Front (TPLF).

He said the move came in response to the TPLF-orchestrated attacks on federal army camps.

Abiy declared victory within weeks, but combat has continued recently in central and southern Tigray, conflict-prevention group ICG said on Friday in a briefing published nearly five months after the first shots were fired.

In its briefing, the ICG warned that fighting risked dragging on for months and even years, with both sides eyeing a military “knockout blow” that appears unrealistic.

The number of fighters loyal to the TPLF is likely swelling because of rising fury over atrocities, it said.

Most TPLF leaders remain on the run and the ICG noted that none was reported captured or killed in February or March.

Pro-TPLF fighters have regrouped under the Tigray Defence Forces, an armed movement “led by the removed Tigrayan leaders and commanded by former high-ranking” military officers, the ICG said.

The resistance is “entrenched” and enjoys popular support from Tigrayans angry over mass killings and rapes, including those committed by soldiers from Eritrea, the TPLF’s bitter enemy, it added.

Mulu, who was appointed by Abiy, has previously acknowledged that the Tigrayan population has “mixed feelings” about his administration’s presence in the region.

He and other officials, though, have said assumptions that the TPLF enjoys widespread popular support are misguided and have downplayed its potential to mount an effective armed uprising.

The ICG said in its briefing that peace talks seem unlikely in the immediate term, but called on the United States, European Union and the African Union to push for a cessation of hostilities and expanded humanitarian access.

Access restrictions for humanitarian workers, researchers and journalists have made it difficult to determine a death toll for the fighting so far.

But myriad reports have emerged of massacres, extrajudicial killings and sexual violence.

Abiy’s government has said it is committed to investigating such crimes.

On Thursday, researchers at Ghent University in Belgium published a paper saying they had identified 1,942 civilian casualties, only 3 percent of whom died in shelling and air attacks.

They also included a list of 151 “massacres” in which at least five unarmed civilians were killed.

The researchers’ findings could not be independently verified.

Amnesty International and Human Rights Watch (HRW) have previously accused Eritrean troops of massacring hundreds of people in the Tigrayan town of Axum in November.

The AFP has separately documented a massacre allegedly carried out by Eritrean troops in the town of Dengolat, also in November.

Zimbabwe Independent milestones over the past 25yrs 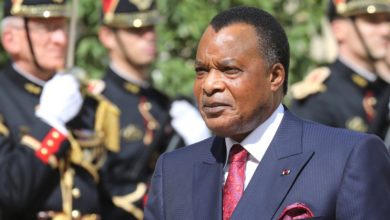 Congo Republic’s Sassou re-elected with 88% of the vote

Ivory Coast PM in ‘good shape’ after return from France 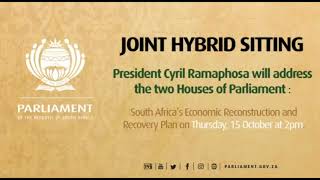