The Covid-19 pandemic, which has contributed to the erosion of consumer spending power, has hugely impacted South Africans, resulting in significant lifestyle changes for many, Old Mutual said this week in its latest report.

The recent unrest in the country, which saw deadly riots and looting flare-up in KwaZulu-Natal and Gauteng, have also not helped, the insurer said in its Old Mutual Savings and Investment Monitor report.

“There is no doubt that consumers are having to take a much closer look at the way they manage their money, and many are having to adapt their lifestyles to survive,” Lynette Nicholson, head of research at Old Mutual, said.

The survey, run annually, tracks the habits and behaviours of working metropolitan households. It quizzed more than 1,300 South Africans earning between R8,000 to R99,999 a month.

There were differences between men and women and in what areas they have cut spending with women saying that they’ve cut back on spending on clothing, hair, and beauty while more men cut back on alcohol.

When it comes to clothing, shoes, and accessories, 51% of female participants reduced spending compared to 27% of male respondents.

The lifestyle changes were most noticeable in supermarkets and groceries, where almost 40% of the respondents said they reduced their spending on non-essential and luxury food. They also said they ditched high-end retailer Woolworths and switched to less expensive supermarket brands.

The report said that more women (25%) than men (14%) made the supermarket adjustments, given that women are more likely to be responsible for shopping.

Gyms also fell victim to the spending cutbacks, with 31% of the respondents surrendering their gym subscriptions and opting to exercise at home instead. In this category, women are more prepared to sacrifice gym than males, the report found.

The report also shows that DSTV and cellphone packages were hard hit by the lifestyle changes, with 29% canceling or moving to a cheaper DSTV or streaming plan and 35% moving to a more affordable cellphone or data plan.

Women are more likely to cut down on money spent on domestic help, the report found, citing more willingness by women to take on housework themselves. 36% of the respondents reduced spending on domestic labour.

$2,2bn set aside for Gwayi-Shangani works

‘The Fall Guy’ Actress Was 70 – The Hollywood Reporter

Springboks won’t suffer crisis of confidence agains All Blacks: ‘We take emotion out’

We survive on party levies, says Malema in response to EFF’s failure to disclose its donors 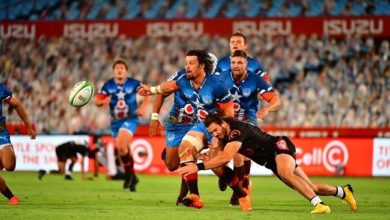