Tanzanian President John Magufuli, who died Wednesday aged 61, came to power in 2015 as a blunt-talking man of the people, attacking corruption as promised, but triggering accusations of a slide into authoritarianism. Here is a timeline of his time in power.

After his election Magufuli quickly gets to work, making wildly popular decisions such as scrapping lavish independence day celebrations in favour of a street clean-up.

A Twitter hashtag #WhatWouldMagufuliDo spreads across the continent, where many tired of corruption scandals, ineffective civil services and government waste become enamoured of Magufuli’s “Bulldozer” style.

In mid-2016 authorities begin what Human Rights Watch calls an “unprecedented crackdown” on the rights of the LGBT community, with a rise in arrests, threats, and the shutting of clinics providing AIDS-related services.

In November, the country passes the Media Services Act, with tough penalties for offences such as defamation, sedition and publishing false statements.

In December Maxence Melo, co-founder of the Jamii Forums whistleblowing website, is arrested after refusing to comply with a 2015 law requiring him to reveal the site’s contributors.

A government commission says fraud in the mining sector has cost Tanzania $84 billion over 19 years, accusing foreign companies of failing to declare revenues. Magufuli orders the army to build a wall around the country’s tanzanite mines to prevent smuggling and better control exports of the unique blue and violet gems.

In September, after a total of six arrests in 2017, the country’s main opposition leader Tundu Lissu is shot 16 times in what his Chadema party says in an assassination attempt.

Denmark announces the withdrawal of $10 million in aid owing to “unacceptable homophobic remarks”.

One local leader from Chadema is found beaten to death, while another is found hacked to death at his home. A female university student is shot dead as police disperse an opposition protest.

In March, an online content law imposes a stiff fee on bloggers and imposes fines for content considered “indecent, obscene (or) hate speech”, or even just for causing “annoyance”.

In July, Magufuli vows his ruling party will be “in power forever, for eternity”.

In November, Magufuli’s ruling party wins local elections with 99% after an opposition boycott.

In March Tanzania confirms its first case of coronavirus.

In April, Magufuli calls for three days of prayer, urging citizens to “continue praying to God and not depending on face masks.”

As cases shoot up at one of the fastest rates in East Africa, Magufuli accuses the health ministry of “creating panic” and 29 April becomes the last time the country gives official case numbers.

By July Magufuli is insisting there is no more Covid-19 in the country.

Magufuli wins re-election in October in a disputed poll marked by a crackdown on the opposition, which allege widespread rigging and denounce the vote as a sham.

Under mounting pressure as coronavirus cases soar and it is revealed the vice president of semi-autonomous Zanzibar died of Covid-19, Magufuli in February appears to concede it exists.

Magufuli is seen in public for the last time on 27 February, and his death is confirmed on 17 March after almost three weeks of uncertainty and rumours he had contracted Covid-19.

Authorities say he died of a “heart condition”. 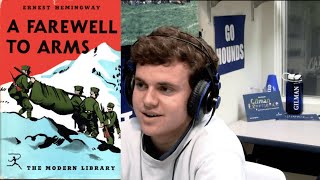 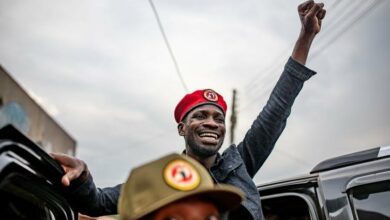