The end of the ANC: Why the party’s inability to govern and reform will kill it

Events over the last couple of weeks, even by South African standards, have been remarkable.

First, the Constitutional Court vindicated the faith many have in the rule of law when it committed former president Jacob Zuma to prison. His processing at the Estcourt Correctional Facility in KwaZulu-Natal signalled a scarce victory for the rule of law – only to be dashed by the subsequent violence fanned by his supporters and executed by a combination of thieves, thugs and the desperate poor.

Analysis on exactly what happened is still being done. But whether it was part of a planned coup, whether it was an insurrection or spontaneous, it is clear that the government of President Cyril Ramaphosa is not able to fulfil some of the basic contractual obligations the state holds towards its citizenry.

The violence showed that the state, which holds citizens’ collective power in trust for the greater and collective good, is close to being paralysed by inaction and poor decision-making. The absence of police during the televised anarchy is emblematic of this. Add a spluttering economy where the state is the single biggest hindrance to progress, and failing local governments, and it is indisputable that the ANC should have no claim to be the governing party.

Ramaphosa’s government is charged with executing the mandate of the ANC, given its electoral victory in 2019. But this should happen in accordance with the Constitution and in the national interest. The party of Nelson Mandela has however clearly shown that it cannot – and it will not – put the interests of growth, safety and delivery at the centre of governance. The cold, hard facts bear it out.

In this week’s Friday Briefing, political analysts Ebrahim Harvey and Susan Booysen consider what the ANC’s death knell might sound like. Yours truly makes the case that there are no significant metrics which indicate that the ANC-in-government is keeping up its end of the bargain with us, the public. And then we’re very happy to carry an extract from Ralph Mathekga’s new book, The ANC’s Last Decade, published by Tafelberg Publishers, is available at bookstores from today. Ralph, of course, is one of News24’s resident columnists.

For many it might be sacrilege to say the end of the ANC is nigh. But objective facts show if it isn’t already done for, the end is coming inexorably closer. Let us know if you agree – and especially if you disagree. Please send comments and submissions to opinions@Newspages.co.za.

The end of the ANC: How criminality, poverty, graft will kill off Ramaphosa’s party

Every significant metric which indicates the health of a country or society seems to suggest the ANC-in-government is failing. Unemployment levels are the highest ever, municipalities are collapsing, and the police cannot keep citizens safe, writes Pieter du Toit.

When things fall apart: Is it near the end of the road for the ANC?

It is unclear if the ANC is going to survive the recent violence and looting, but something will have to give in the raging factionalist war within the party, writes Ebrahim Harvey.

Shaken and vulnerable: Why the unrest wasn’t quite the ANC’s death knell yet

South Africa’s July protests revealed a government that had exited the era of relying on deep-seated liberation legitimacy and incremental delivery but it is not quite the end of the road for the ANC, argues Susan Booysen.

In his latest book ‘The ANC’s last decade’, analyst and bestselling author Ralph Mathekga  examines what a future would look like if they ANC no longer holds absolute power.

To receive Friday Briefing, sign up for the newsletter here.

The couple who met on the beach at Boracay 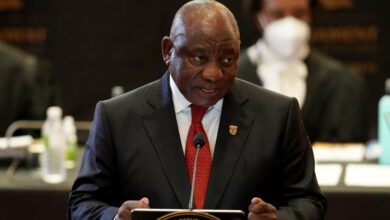 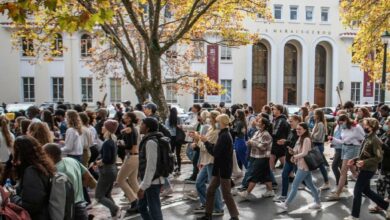 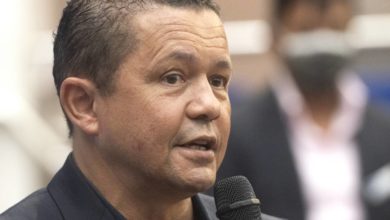 Covid-19: People aged 60 and older first to be vaccinated in next phase of rollout in Western Cape 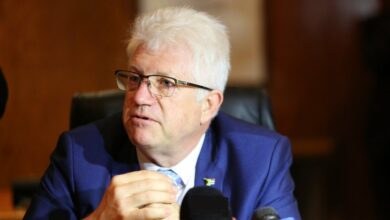