Ace Magashule: Burning down the house

Elias Sekgobelo Magashule or Ace Magashule, as he is better known, had a humble start in Parys, in the Free State.

The ANC website claims he garnered the nickname ‘Ace’ for his prowess on the soccer field in his younger days.

The website states a rich history, including facing treason charges while still a student and being part of the formation of the United Democratic Front (UDF), as well as being able to claim that he was mentored by both Chris Hani and Winnie Madikizela-Mandela.

It’s a legacy that Magashule is unlikely to want to give up easily, despite facing fraud and corruption charges following allegations that he helped arrange a R255 million asbestos contract for his friends while he was premier of the Free State. It’s also alleged that he got R10 million rand in kickbacks as a result. He is due back in court in August.

An ANC resolution taken at Nasrec is quite clear on the matter. Those facing criminal charges must step aside, pending the finalisation of the case.

As chief administrator of the party, Magashule really should have no doubt as to what the rules say. There is even a task team report backing up an earlier recommendation made by the party’s Integrity Commission.

And yet Magashule refuses to step aside, proclaiming his innocence, and insisting only branches can remove him. This weekend, the NEC meets to adopt the guidelines which reaffirm a position taken by the party’s Integrity Commission.

Just how much longer is Magashule willing to stretch his battle to remain in his position?

In this week’s Friday Briefing, analyst Mpumelelo Mkhabela highlights Magashule’s complexities, writing that he is the only top six official seen to be mounting an organisational insurrection while preaching unity. Wits School of Governance Professor Ivor Sarakinsky writes that it’s a numbers game at moment, with neither faction in ANC knowing how many supporters each side has.

Finally, Tshwane University of Technology’s Professor Mashuphye Maserumule writes that it wouldn’t really be in Magashule’s favour if the party splits due to factional battles.

Hope you have a good weekend.

The audacity and complexity of Ace Magashule

ANC secretary-general Ace Magashule’s political strategy seems to be to unite all the aggrieved – a massive coalition of the wounded – under one umbrella and under the guise of ANC unity to fight for power, writes Mpumelelo Mkhabela.

Does Ace have trumps in ANC factional battle?

Ivor Sarakinsky writes that perhaps the ongoing tolerance of destructive factionalism within the ANC has been allowed to continue because the factions have no idea how strong they are in relation to each other.

Does Ace Magashule have anything to gain if the ANC splits?

Mashupye Maserumule questions why the ANC has put up with RET. He asks is it because it is doing the bidding of secretary-general Ace Magashule?

To receive the Friday Briefing, sign up for the newsletter here. Now available to all News24 readers. 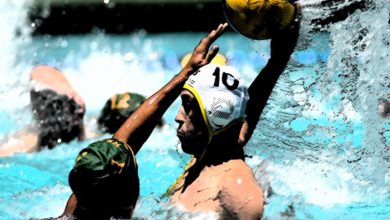 PODCAST | My Only Story | Problem under the water: Predators, top schools and a culture of secrecy