ANC structures shouldn’t “disassociate” from leaders “on the basis of allegations”, the ANC in the Free State has warned.

It has also “reaffirmed” its support for corruption-accused ANC secretary-general Ace Magashule.

The charges against Magashule date back to the time when he was the premier of the province.

According to the NEC statement, after the committee’s last meeting in mid-February, “inputs from ANC provinces should be considered” when the “necessary technical refinements” are made to the party’s guidelines in this regard.

Magashule, however, on the sidelines of his court appearance a few days after the meeting, said the guidelines would be referred back to the branches.

Nompondo said the province supported the guidelines, “with the view that they must not be used to target individual comrades and must not tamper with individual rights enshrined in the Constitution of the Republic, including the right to be presumed innocent until proven otherwise”.

For this reason, the PEC “reaffirmed its support” for Magashule “during this difficult time”.

“While we must respect the law at all times, we must, however, be careful not to fall into a trap of disassociating on the basis of allegations not yet tested in the court of law.”

He added that “criminal activities erode the moral fibre of our society and robs the most vulnerable from benefitting from the fruits of the revolution”.

He also said the Free State party leadership “is committed to realise unity in action within the organisation”.

This was important “towards the unity of society in general” and, for this reason, the PEC “has established a task team leading unity talks in the province”.

There is some division in the party in the province about leadership issues as well as about whether Magashule should be supported or not.

Magashule led the province until 2017 when he was elected to the party’s national leadership structures.

He faces charges of corruption and fraud, related to an asbestos eradication tender granted by the province seven years back.

He, along with a number of co-accused, is set to appear in court again in August. 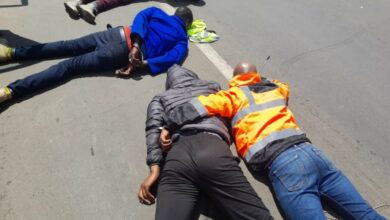 ‘You are next’: E Cape municipal directors receive bullets with chilling note attached