Four Zimbabweans and one South African were killed while nine others were injured when a kombi fleeing a police roadblock collided head-on with a bus south of Musina near the Zimbabwe border yesterday.

The accident occurred at around 5am, some 9km before Musina near the Sasol Service Station between Musina and Makhado (Louis Trichardt) towns.

It is understood the driver of the minibus racing towards Makhado, refused to stop at a security checkpoint resulting in a high-speed chase as police moved to find out why.

He then lost control and collided with the bus that was transporting returnees to Zimbabwe.

Zimbabwe’s Consul-General to South Africa, Mrs Melody Chaurura, last night said she was now working with police in identifying the dead and notifying their next of kin, before organising their repatriation for burial back home.

The names of the dead will be released in due course.

“We are seized with the matter and we are going to send a team to Limpopo province to collaborate with the South African Police Services and other stakeholders to carry out all the necessary processes leading to the repatriation of our compatriots,” said Mrs Chaurura.

“So far, we have established that among the deceased, four are Zimbabweans and the fifth victim is a South African who had been driving the minibus.

“Nine Zimbabweans were also injured during the collision and six have been treated and discharged, while three others are still admitted at Musina Hospital.”

In a statement, Limpopo’s Department of Transport and Community Safety said the minibus driver and three passengers were certified dead on the scene.

“The taxi driver allegedly refused to stop at a security checkpoint resulting in a high-speed chase with the police. The accident happened during the chase,” said the Department.

As a result of the accident, the road was temporarily closed for over three hours to allow emergency personnel to clear the wreckage.

Limpopo’s Member of Executive Committee responsible for Transport and Community Safety, Ms Mavhungu Lerule-Ramakhanya, has since sent messages of condolences to the families that lost their loved ones.

She said it was disturbing that the number of fatal road accidents linked to human error had increased in the last three days. “Most of the accidents are caused by reckless drivers and innocent people are victims,” she said.

Meanwhile, four people were killed in a road accident which occurred at the 23km peg along Bulawayo-Beit Bridge road on Thursday, police have confirmed

A motorist who was driving a Honda Fit tried to overtake a Ford Ranger vehicle in front of an oncoming Volvo bus, resulting in the collision.

Four people, including the Honda Fit driver,  died while two others were seriously injured in the accident, police said.

Botswana pays equivalent of $15 a dose for Sinovac's COVID-...

Zimbabwe: A country of contrasts and enduring beauty 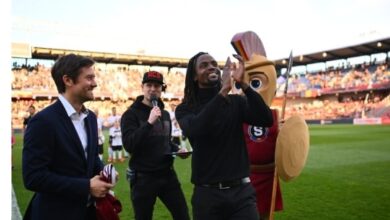 Nhamoinesu Calls It A Day – ZimEye