On Tuesday, Holzhauer took to Twitter to weigh in on the scandal that’s plagued the long-running game show in recent weeks.

“Do I think Mike Richards’s podcast comments were appropriate for polite society? No. But did he deserve the benefit of the doubt for the job he did running Jeopardy? Also no,” Holzhauer wrote on the platform.

In a second tweet, Holzhauer seemingly solidified his approval of Richards’ ousting with a “Wizard of Oz” GIF that says, “DING DONG THE WITCH IS DEAD!”

The former champ, known for a 32-game winning streak back in 2019, continued to troll Richards with a joke comparing the show’s status without a permanent host to the McNear variant.

He added that his negative opinion of Richards is not solely based on the derogatory comments that recently surfaced of him demeaning women, Asians, Jews, and others from a 2013-14 podcast.

Suzanne Prete, EVP, business and strategy at “Wheel of Fortune” and “Jeopardy!” confirmed Richards’ firing in a memo to Sony staffers on Tuesday.

“I’m writing to let you know that Mike will no longer be serving as EP of Wheel and Jeopardy! effective immediately.  We had hoped that when Mike stepped down from the host position at Jeopardy! it would have minimized the disruption and internal difficulties we have all experienced these last few weeks. That clearly has not happened.

“Michael Davies from Embassy Row has agreed to help with production on an interim basis until further notice. Michael and I will work together with all of you in the weeks ahead to ensure that production remains on schedule and we do not miss a beat as we head into the new season.

“I know this has been a challenging time for the entire team, and I want to thank you all for your cooperation and professionalism over these last few weeks. As Ravi mentioned last week, I will be more involved in the day-to-day on our shows moving forward and I am looking forward to working closely with all of you.  Please don’t hesitate to reach out if you need anything.”

Richards had signed an overall development deal with Sony in 2019, and became executive producer of “Jeopardy!” and “Wheel of Fortune” in May 2020.

He quickly became controversial when he went from behind-the-scenes to Sony’s pick for host of “Jeopardy!” — even before the podcast comments surfaced.

In a statement issued to Fox News last week, Richards apologized for his past attempts at being “provocative” and vowed to do better in the future.

Mike Richards was fired as the executive producer of “Jeopardy!” and “Wheel of Fortune.”
(Daytime Emmy Awards 2021 via Getty Images)

“It is humbling to confront a terribly embarrassing moment of misjudgment, thoughtlessness and insensitivity from nearly a decade ago,” Richards said in that statement. “Looking back now, there is no excuse, of course, for the comments I made on this podcast and I am deeply sorry.”

Richards went on to explain the context of his comments within his podcast before acknowledging his “obligations as a role model” to do better.

This isn’t the only controversy for Richards. He previously came under fire for an incident that occurred more than a decade ago while Richards was at “The Price Is Right.” He was the subject of a 2010 complaint by Brandi Cochran, a former model on the show, who claimed she was fired after becoming pregnant with twins while he served as co-executive producer. Cochran obtained more than $8.5 million in punitive damages.

Travel Agencies Are Having a Moment Amid Covid-19 Chaos 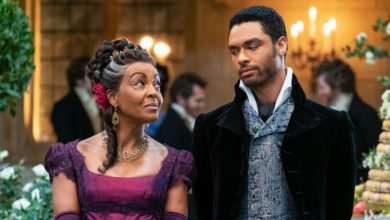 Blues Traveler band in bus accident on way to Rochester