Much like Volkswagen and its Chinese joint ventures that have led to a vast lineup, Ford has also teamed up with local automakers in the People’s Republic to launch vehicles you won’t find elsewhere. The Equator is a newcomer in the Blue Oval’s CN portfolio and it takes the shape of a three-row SUV developed by the Jiangling-Ford joint venture.

Conceived to take on the China-only Jeep Grand Commander, the unibody Equator looks a tad different than FoMoCo’s existing crop of SUVs with its split headlights and wide taillights. An imposing front grille features a mélange of glossy black and chrome accents and there are silver skid plates at the front and rear for that rugged SUV vibe.

The vast greenhouse hints at a spacious interior, which the Equator certainly has. It comes exclusively with a six-seat layout and boasts a pair of Mercedes-like screens measuring 12.3 inches. Wood trim can be seen throughout the cabin, along with a floating front center console, a dual-pane sunroof, and individual armrests for the middle-row seats.

You’d be tempted to say the imposing footprint and those dual exhaust tips suggest there’s a V8 or a V6 at the very least under the hood. However, China is known for its steep taxes on large-displacement engines, so the Ford Equator has to make do with a turbocharged 2.0-liter gasoline mill. The EcoBoost is good for 221 horsepower and 266 pound-feet (360 Newton-meters) of torque channeled to front wheels (or optional AWD) via a six-speed, dual-clutch automatic transmission.

The name chosen by Jiangling-Ford is interesting considering there have been namesake concepts before, one in 2000 as a fancier F-150 and another one in 2005 to preview an Asian version of the Escape. Suzuki fans will remember there was also a short-lived Equator midsize pickup truck, essentially a rebadged Frontier built by Nissan.

Ford will have the new Equator on sale in China from March 28, with little chance of seeing the three-row SUV elsewhere.

SUV jumps to the front of the pack 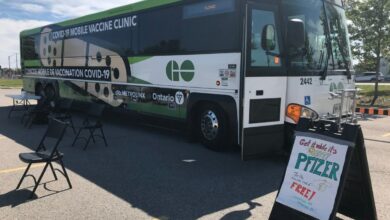 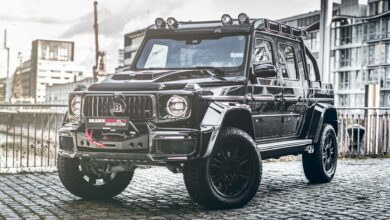