In July 2020, Ford announced plans to start the production of a new model in 2021 with plans to hit the assembly lines at the company’s Hermosillo plant in Mexico. At the time, the exact identity of the model wasn’t known, but it turns out Ford could be planning Mexican production for three models. And at least one of these vehicles will be brand new.

Automotive News reports the manufacturer has contacted its suppliers with early details about the trio of cars that will be assembled in Hermosillo. One of the vehicles is already official – the Bronco Sport, and it is expected to be joined by the new Maverick small truck. The third one will reportedly be a successor to the Transit Connect, America’s best-selling small van.

While a Ford spokesman didn’t confirm the information, Automotive News says the new van currently wears the V758 internal designation and will go into production in Mexico in 2023. Ford told its suppliers a volume of about 40,000 cars per year is estimated, though that’s not official yet.

Another interesting piece of news about the new van is that it will be based on the same C2 vehicle architecture, shared with the Ford Escape, Bronco Sport, and the upcoming Maverick truck. This means Ford will have three C2-based cars on the assembly lines in Hermosillo starting in 2023. Currently, Ford is importing the Transit Connect from its factory in Spain.

save over $3,400 on average off MSRP* on a new Ford Transit Connect Van

The van is sold in Europe as well, where recently it gained a rugged Active version. On the Old continent, the Transit Connect is sold mainly with a diesel engine and it was even considered for the US market, but eventually got canceled. 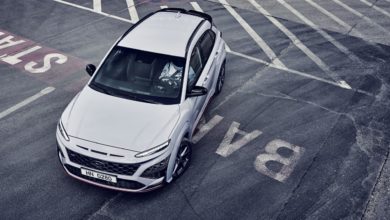