Johannesburg – A Lesotho national who was part of a group of people who descended on a farm then shot and killed five people in a revenge attack has been handed five life sentences.

Teboho Thokoane, also known as “Maphoshane”, was sentenced at the Mpumalanga Division of the High Court sitting in Middelburg on Tuesday.

Thokoane and his friends were involved in illegal mining. They would also steal cables and sell them.

Sometime in October 2017, one of their friends went to Ogies, where he shot a man, leaving him disabled.

The community attacked the gunman, beating him to death.

After word got out of what had happened to one of their own, Thekoane and his friends planned to avenge his death.

On October 12, 2017, he and three other men hired a vehicle from Evander the drove to Steyn farm in Ogies.

Police said all of them were armed. Upon arrival, they opened fire on on some of the people who lived on the farm and then fled.

Paramedics and police arrived at the scene. Alice Mbonani, 40, together with a 26-year-old woman survived the attack and were rushed to hospital.

Five counts of murder were opened as well as an additional charge of attempted murder.

Colonel Donald Mdhluli told IOL last month that members of the team worked tirelessly and followed all possible leads which led to the arrest of Thokoane at Evander.

After Thokoane’s arrest, Mdhluli said, they started looking for the other three suspects but later heard that they had died.

He said police later found that the three suspects had been involved in fights with other illegal miners and were shot dead in the chaos.

As the only surviving suspect, Thokoane stood trial alone and was charged with the murders of the five victims and attempted murder of the survivor.

He was given five life sentences for the murders, 10 years for attempted murder, seven years for the illegal possession of firearm and two years for the ammunition.

Brigadier Leonard Hlathi of the Mpumalanga Police said the attempted murder and illegal possession of a firearm as well as ammunition charges, would run concurrently with the five life sentences.

“The accused was also found to be permanently unfit to possess a firearm.

“The police management believes that the sentence will send a strong warning to criminals that their unlawful actions will eventually land them behind bars for a very long time just like Thokoane,” Hlathi said.

How Long is Chemotherapy? What to Expect

Lesotho Assets May be Seized After Frazer Solar Contract Breach 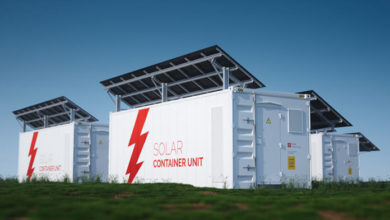