The Patriotic Front government of President Edgar Lungu has in the recent past prioritised debt repayments while engaging creditors for restructuring of foreign debts.

Additionally, the government is resolved to secure a bailout package from the IMF and has continued holding discussions with the Breton-Woods institution for possible support.

In a statement released April 12, 2021 Fitch Ratings acknowledged that the government had continued to service its local currency debt and has made no indication that it plans to include domestic debt in any potential debt restructuring.

The organisation explained that this means an eventual re-structuring of external debt could improve the overall public finance position and support local-currency debt sustainability.

It further indicated that the CCC rating still reflected a real possibility of a local-currency default, given the country’s weak public finances and tight domestic financing conditions.

“The government has continued to service foreign currency-denominated debt to multilateral financial institutions and debt on a few priority projects that have immediate social and economic impact,” read the statement.

“The Government of Zambia officially requested debt treatment under the G20 Common Framework in February 2021, and began discussions with the IMF on a possible support programme. Debt treatment under the common framework is likely to be driven by the outcome of a debt sustainability analysis prepared by the authorities with the IMF and the World Bank.

“An IMF statement on 3 March noted broad agreement on the ‘nature and cause of macroeconomic imbalances,’ but that key challenges remain in addressing those imbalances. Given that an IMF programme will require significant policy adjustments, we believe that final approval of a programme is unlikely before the 2021 general election that is currently scheduled for August.”

Meanwhile, Fitch said Zambia has an ESG Relevance Score of 5 for both Political Stability and Rights and for the Rule of Law, Institutional and Regulatory Quality and Control of Corruption, as is the case for all sovereigns.

It explained that the scores reflect the high weight that the World Bank Governance Indicators (WBGI) have in the proprietary Sovereign Rating Model (SRM).

“The main factors that could, individually or collectively, lead to positive rating action/upgrade are: Once Zambia reaches an agreement with bondholders on restructuring its long-term foreign- currency debt and completes that restructuring process (for example, by issuing new bonds to replace the existing stock of bonds), Fitch will assign ratings based on a forward-looking analysis of the sovereign’s willingness and capacity to honour its new foreign-currency debt obligations,” read the statement.

“The main factors that could, individually or collectively, lead to negative rating action/downgrade: The LTLC IDR would be downgraded if the government announces clear plans to restructure its kwacha-denominated debt or enters a grace period on its local-currency debt. The rating would be downgraded to ‘RD’ in the event that the government defaults on the local-currency debt before any restructuring announcement.” – Zambia Reports 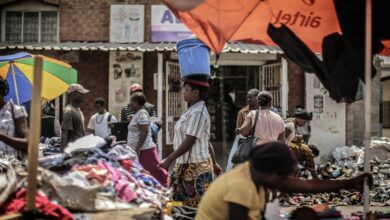 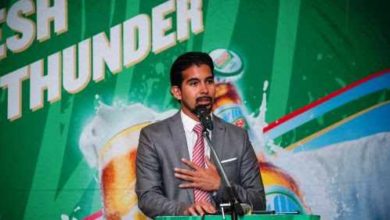