Fitch Ratings has revised the Outlook on Namibian Ports Authority’s (NamPort) National Long-Term Rating to Stable from Negative and affirmed the rating at ‘AAA(zaf)’. The National Short-Term Rating has been affirmed at ‘F1+(zaf)’.

NamPort remains a strategic asset for the Namibian economy as it operates the country’s two ports at Walvis Bay and Luderitz. It forms a critical part of the Namibian government’s infrastructure development.

NamPort’s facilities serve as a secondary port of call for its region, with some regional competition from the ports of Pointe Noire and Durban, although Fitch considers NamPort’s facilities have competitive services, operational efficiency and good linkages to the hinterland. Regional economic uncertainty has led to some historical volatility in volumes. However, in recent years, NamPort has focused more on less volatile export/import cargo while reducing transshipment cargo.

There is some cargo concentration in high volatility commodities, such as fuel and mining products. NamPort facilities feature good ingress/egress, serving several landlocked countries in the South African region. With the Port of Walvis Bay’s new container terminal in operation, long-term volumes are expected to gradually improve. However, the current environment could make volume growth more challenging.

Historically, NamPort has maintained revenue growth through tariff increases. There is no specific regulatory mechanism to limit tariff increases or to recover capex through tariff hikes. Transshipment cargo tends to have a lower per unit rate, so by reducing transshipment cargo volume, we expect NamPort’s revenue structure to improve in the long term. However, Fitch expects limited ability to modify tariffs above inflation, due to constraints on customer affordability and regional competitive factors.

The new container terminal at the Port of Walvis Bay has added additional capacity of about 750,000 20-foot equivalent unit (TEU), bringing the total to over 1 million TEU, giving the port significant excess capacity and new modern facilities. The new terminal has been in operation since August 2019. It was undertaken with significant government support, including a guarantee of the AfDB loan and an additional equity contribution, although upon completion NamPort did not fully receive the agreed equity contribution.

NamPort’s debt is senior unsecured, and fully amortising but exposed to floating interest rates. Covenants and liquidity reserves are similar to corporate-style issuers.

Fitch-adjusted net debt to EBITDA is projected to be 8.8x in FY21, and average 8.0x between FY21-FY25. We expect debt service coverage ratios from operating cash flows to remain under pressure but marginally strengthen during this period. Fitch continues to assume organic volume growth, with no sudden ramp-up in utilisation of the increased capacity.

In comparison with peers, Fitch assesses Namibia Power Corporation’s (BB/Negative) and Namibia Water Corporation’s (BB/Negative) Standalone Credit Profiles at ‘bbb-‘, stronger than the Namibian sovereign. However, the IDRs and Outlook of the two companies are constrained by the Namibian sovereign rating, in accordance with Fitch’s GRE and Parent Subsidiary Linkage Rating Criteria.

Factors that could, individually or collectively, lead to positive rating action/upgrade:

– The National Long-Term Rating is at the highest level on the scale and cannot be upgraded.

Factors that could, individually or collectively, lead to negative rating action/downgrade:

NamPort was created by an act of the Namibian parliament in 1994 and remains a state-owned company, with the expectation that it will remain 100%-owned by the state over the medium term.

NamPort’s revenue grew significantly in FY20 (ending March 2020), (+20%, pre-pandemic) with improvement in every business segment, especially ship repairs. Total operating costs grew 9.5% in FY20. EBITDA grew by more than 50%, driven by a combination of strong revenue and NamPort’s cost structure, which contains a large portion of fixed costs. The EBITDA margin also improved to 28.0% (22.7% in FY19). net debt-to-EBITDA ratio materially strengthened to 5.9x (from 9.0x in FY19), outperformed Fitch’s Rating Case (FRC) expectation. Revenue increased despite volume declines due to the price per move of transshipment being significantly lower than that of imports/exports.

In FY20, total cargo handled decreased 4% yoy, mainly due to the continued decline in transshipment volume (-34% vs. -49% in previous year) and volatile import volume (-11% vs. +12% in previous year), which was somewhat mitigated by continuously improved export volume (+10% vs. +16%). Container throughput remained stagnant, with export-import throughput increasing by 9%, while transshipment dropped by 46%.

Overall, NamPort’s transshipment volumes have declined in both container and cargo over the past few years. Total transshipped cargo had a CAGR of -20.4% between 2011 and 2020. This was in the context of total cargo and container growth of 0.5% and 8.9%, respectively during 2011-2020.

Despite a comparatively strong FY20, the impact of Covid-19 from March 2020 has weighed on NamPort’s liquidity. In addition to actively reviewing and managing costs, NamPort’s management is also engaging with the government and the AfDB, to potentially postpone the repayment of the government-guaranteed AfDB debt for up to two years, given the lost 14-month grace period due to delayed completion of the terminal construction project. NamPort has historically received substantial government support for its role in the port expansion and its strategic importance to Namibia. Fitch expects the government to provide timely support, especially if NamPort experiences stretched liquidity. In our view, a failure to provide timely support could damage the credibility and indicate a reduction in the sovereign willingness to support their GREs.

Fitch ran three forecast cases: The Fitch base case (FBC), the FRC and the Fitch stress case (FSC), based on management’s forecast and Fitch’s macroeconomic assumptions. NamPort’s financial year ends in March, and the forecast period is between FY21 and FY25.

FBC: We stressed management’s forecast revenue to derive our FBC. Management’s forecast incorporated a Covid-19 impact for FY21. Revenue is expected to decline in FY21 due to a decrease in volume, and to recover to pre-Covid-19 levels by FY23. The projection horizon has an estimated CAGR of 5.8%, driven by management’s expected volume increase post Covid-19, especially the increase in cross-border volume. The EBITDA margin will decrease to 24.5% in FY21 (vs. 28%), and slowly return to FY20 level by FY25 at 28.1%.

FRC: We reduced the revenue growth rate and EBITDA margin versus the base case so that the revenue takes longer to recover to pre-Covid-19 levels, and EBITDA margin remains below FY20 level by the end of the projected period. Excluding the Covid-19 shock in FY21, we estimate a CAGR of 3.6% and 1.4% for revenue and the EBITDA margin, respectively.

Under the FSC, we assume revenue does not return to the FY20 level and the EBITDA margin only recovers to 24% within our projection period.

The principal sources of information used in the analysis are described in the Applicable Criteria.

PUBLIC RATINGS WITH CREDIT LINKAGE TO OTHER RATINGS 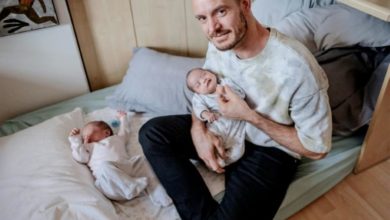 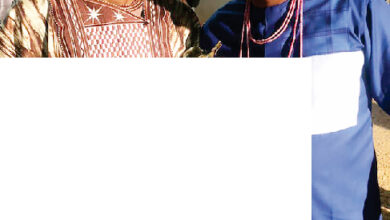