Good morning. This article is an on-site version of our FirstFT newsletter. Sign up to our Asia, Europe/Africa or Americas edition to get it sent straight to your inbox every weekday morning

Germany fears Russia could take advantage of maintenance on its main export pipeline to shut off gas supplies to the country completely, increasing the risk of a winter energy crisis in Europe’s largest economy.

Earlier this month, Moscow cut the flow of gas through Nord Stream 1 by 60 per cent. The pipeline, one of the main conduits for Russian gas to Europe, will be shut down for two weeks from mid-July for annual work.

German officials said they were worried that Gazprom, Russia’s state-owned gas giant, might stop gas deliveries completely while NS1 is under repair, undermining efforts to fill gas storage ahead of the winter.

The fears about NS1 come as Berlin and other European capitals realise that Russia is weaponising its energy exports in retaliation for EU sanctions over the war in Ukraine.

Chancellor Olaf Scholz ruled out a return to any kind of normal relationship with the Kremlin, days after his foreign policy adviser made waves with comments about Berlin’s future ties to Moscow.

More from the war in Ukraine

Thanks for reading FirstFT Europe/Africa. Here is the rest of the day’s news — Jennifer

Five more stories in the news

1. Rail chief threatens to bypass union with reforms Andrew Haines, Network Rail chief executive, has threatened to cut out the striking RMT union and go straight to staff to push through reforms if there is no progress on talks, as another industrial action is scheduled today.

Thank you to everyone who took part in yesterday’s poll. Fifty-seven per cent of respondents did not support the strikes, while 36 per cent did.

2. Emmanuel Macron appeals for compromise The French president has urged his opponents to end the nation’s political deadlock by joining his minority government in voting through laws in parliament, though he acknowledged it was not the moment for a broad government of unity.

3. Fed chair: US recession ‘a possibility’ Jay Powell said that avoiding a downturn largely depended on factors outside the central bank’s control, acknowledging in testimony to the Senate banking committee that it was becoming more challenging to root out soaring inflation while maintaining a strong jobs market.

4. Jacob Zuma barred spy agency from investigating Guptas The former South African president manipulated the agency to cover up alleged corruption by his allies and the Gupta business family, according to a judicial inquiry into the biggest scandal of the post-apartheid era.

5. Quant hedge funds profit from crypto turmoil A small group of algorithm-driven hedge funds has picked up winnings from rapid declines in digital assets such as bitcoin and luna, as the turmoil that wiped trillions of dollars off the value of cryptocurrencies created a lucrative opportunity.

Elections UK voters head to the polls — the sixth anniversary of the Brexit referendum — in two former Conservative seats, Wakefield plus Tiverton and Honiton, in what is seen as a test of disapproval in Boris Johnson over the partygate scandal. Grenada also holds a general election.

Fed stress test results The US central bank’s annual test, which involves doomsday scenarios for 34 banks including Goldman Sachs and JPMorgan Chase, is a crucial gauge of financial strength and helps determine how much capital lenders will be able to put towards dividends or buybacks.

FedEx earnings The US delivery giant reports fourth-quarter results, which were pre-empted last week with an announcement of an increased dividend and two new board members.

What else we’re reading

Food crisis bites across Africa Steep global rises in food, fuel and fertiliser prices since Russia’s invasion of Ukraine have compounded economic pain from the coronavirus pandemic and left millions of Africans facing an “unprecedented food emergency”, the World Food Programme has warned. It has also raised the risk of social unrest in poorer countries.

Putinism delays a reformist turn Change is coming to Russia. Precisely, “the Great Change” — the name of a youth movement that the Kremlin is setting up under Vladimir Putin, whose presidency has been defined by domestic repression and mind manipulation, writes Tony Barber.

Biden’s blues The 79-year-old US president’s ratings were already poor ahead of midterm elections in November. Now, with the Federal Reserve raising rates and the risk of a recession looming, a more disturbing reality faces Joe Biden: he may have already spent his political capital.

It’s about the money, dummy Like governments, many golfers are in it for the money. Admittedly, a country can argue that money brings jobs. But unlike governments, golfers aren’t providing missiles and helicopters, and the big stars don’t care enough about human rights violations — like their governments, writes Robert Shrimsley.

In this week’s Working It podcast, senior business writer Andrew Hill talks to bestselling author Daniel Pink, whose book The Power of Regret urges us to think differently about our workplace regrets and how to reframe our past. For a deeper dive, sign up for our Working It newsletter.

Thank you for reading and remember you can add FirstFT to myFT. You can also elect to receive a FirstFT push notification every morning on the app. Send your recommendations and feedback to firstft@ft.com. Sign up here.

EDITORIAL | Thank you, Judge Zondo, for exposing the rot and showing the way 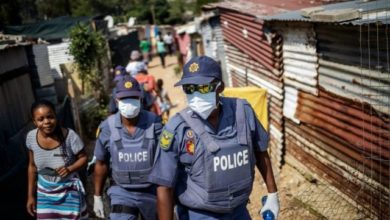 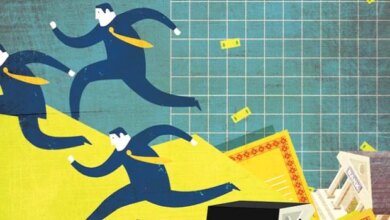