Since its premiere at the 2019 Venice International Film Festival, the feature This is Not a Burial, It’s a Resurrection has been touring the world’s film festivals.

Everywhere it goes it attracts critical praise and awards – over 25 of them now. At the Sundance Film Festival, it won a special jury award for “visionary filmmaking” for its director, Lemohang Jeremiah Mosese. It is the first Lesotho film ever to have been included in the foreign-language category or “best foreign film” category of the Academy Awards.

Here is the film’s official summary: when her village in rural Lesotho is threatened with forced resettlement because of a reservoir development, 80-year-old widow Mantoa (Mary Twala Mhlongo) finds a new will to live and ignites the spirit of resilience within her community.

Mosese is a self-taught filmmaker who fell in love with cinema while watching 16mm films in a town hall in Maseru. He attracted attention with his much-talked-about 2019 feature Mother, I Am Suffocating. This Is My Last Film About You. Though born and raised in Lesotho, he mostly resides in Berlin.

Pansegrouw is herself no stranger to controversial films that tackle taboo subjects head-on. The most well-known of these might be Inxeba (The Wound, 2017) which she co-produced. Anna-Marie Jansen van Vuuren interviewed her.

What makes the film so special?
The film is very close to my heart. But its the director, Lemohang Jeremiah Mosese, is the ‘tour de force’ behind its success – and the reason why it pulls at the heartstrings of viewers from all over the world.

I believe the film’s narrative is a personal one for him. Could you elaborate on this?
Firstly, it is inspired by his grandmother who lives in a village that is right now on the verge of being forcibly resettled. But as a child Lemohang and his family were evicted from their home to make way for water infrastructure in Lesotho.

Since then, Lemohang is someone who has never really felt part of society, he has always felt like an outsider. And now even more so as a Masotho man living in Europe. And then when he returns to Lesotho, he is still considered to be an outsider, because of his German residency. Thus, he is really interested in one’s relationship with one’s homeland and what it means.

Another theme of the film is life and death. The main character, Mantoa, is preparing for her death by arranging her funeral and saying farewell to those around her…?
Lemohang calls this “the brutal march of time”. By that, he means that nature can be cruel in its treatment of mere mortals. Tied to that, he is also fascinated by how modernity is clashing more and more with tradition – and what that means, particularly for rural communities that do not know any other way of existing.

The film critiques development authorities who are expanding Lesotho’s dams and water infrastructure. Do you hope that this film will play a role in creating awareness about the social injustice taking place in Lesotho?
Most of South Africa’s water actually comes from Lesotho. Annually Lesotho exports an estimated 780 million cubic meters of water to South Africa. It is recognised as Africa’s largest water transfer scheme in history. A lot of communities in Lesotho suffer immensely because their water is being sent away. They have a water shortage, although their environment is actually a water source.

Therefore, a lot of work is currently being done with rural communities because they don’t have the tools to take on the government about this. They are not aware of their rights or the instruments that are in place for them to fight for a more just relationship between South Africa and Lesotho.

Is this what drew you to the film?
We did not make this film with an agenda for it to be some kind of exposé or political statement about the water scenario. But I am hopeful that the film will open audiences’ eyes to this multifaceted, complex issue. It is not just about the water shortage or about people being resettled. When they are uprooted, it affects people’s ability to live sustainable, meaningful lives.

Families are often torn apart and individuals’ sense of identity is forever rocked by an experience like this. And what we also deal with in the film is the fact that people’s ancestral graves are destroyed in the process of land being flooded in order to create more dams and reservoirs.

Anna-Marie Jansen van Vuuren is a Lecturer at the Tshwane University of Technology.

This article first appeared on The Conversation. 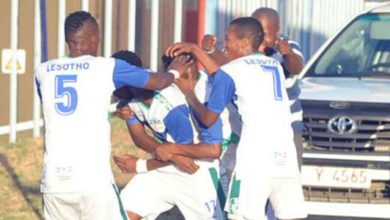