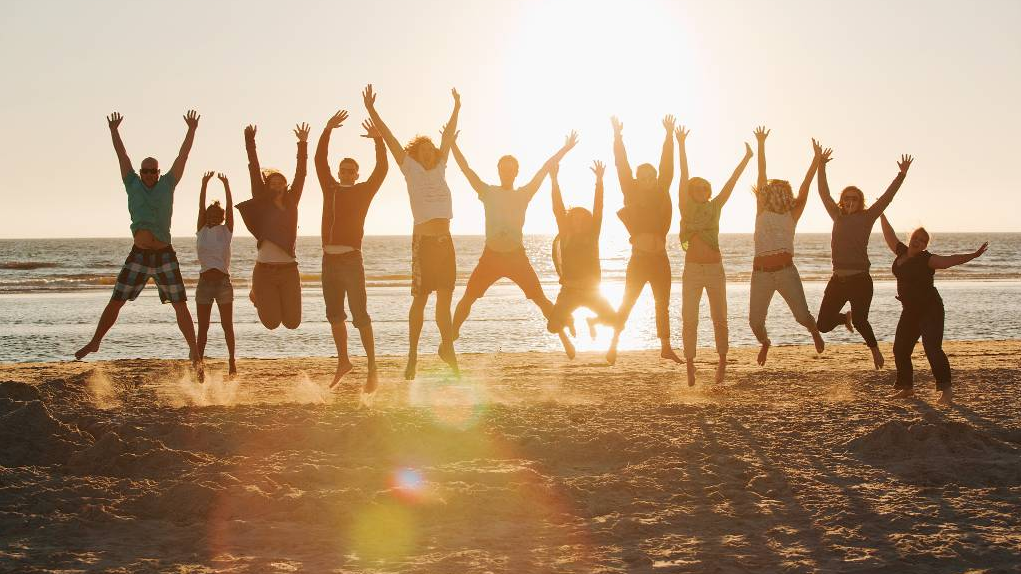 Nine of the world’s top 10 happiest countries are in Europe, according to the 2021 World Happiness Report. /CFP

Nine of the world’s top 10 happiest countries are in Europe, according to the 2021 World Happiness Report. /CFP

Finland is the happiest country in the world for the fourth year in a row as Europe dominates the top 10, despite the COVID-19 pandemic, according to a newly released global study.

Finland, which has one of the lowest COVID-19 death rates in the European Union, scored highly on healthy life expectancy and levels of social support, while its fellow Nordic countries Denmark, Norway and Sweden also made it into the top seven happiest countries in the world.

The only non-European country to make the top 10 was New Zealand, where a quick COVID-19 response led to relatively few fatalities and has been lauded by countries across the world.

The countries deemed to be the unhappiest in world by the 2021 report were Afghanistan, followed by Lesotho, Botswana, Rwanda and Zimbabwe.

Anxiety surge over life after lockdown

PODCAST: Are we alone in the universe? 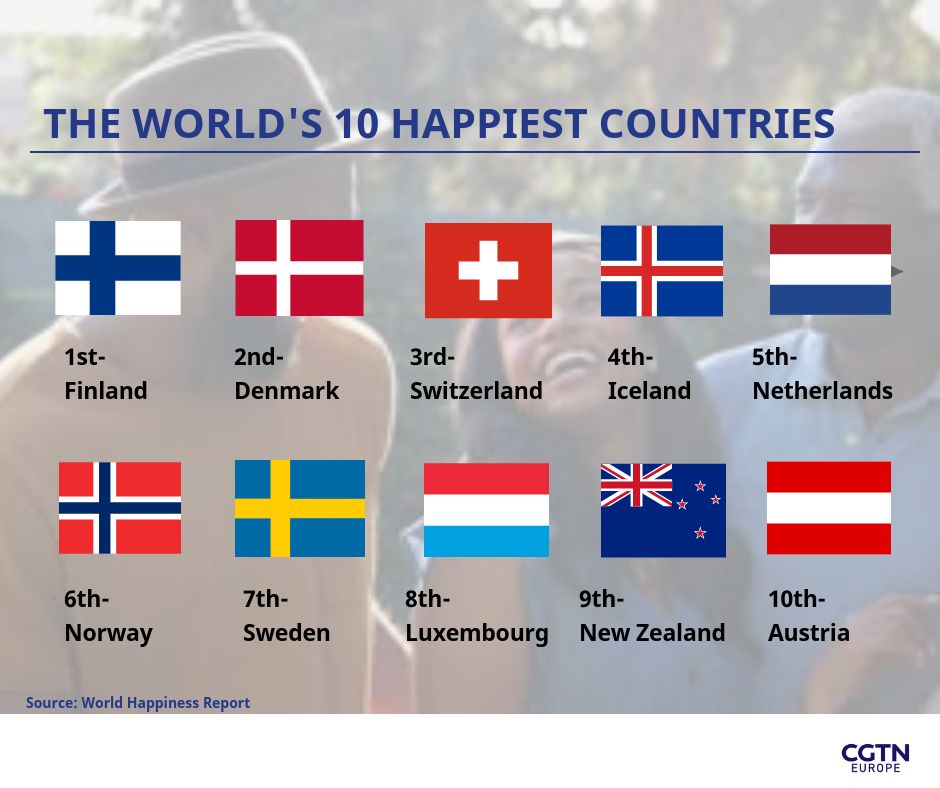 “Surprisingly there was not, on average, a decline in wellbeing when measured by people’s own evaluation of their lives,” Canadian economist and contributor to the report, John Helliwell said.

“One possible explanation is that people see COVID-19 as a common, outside threat affecting everybody and that this has generated a greater sense of solidarity.”

The report said that one of the casualties of both the pandemic and the resulting lockdowns was a large and immediate decline in mental health in many countries. That included the UK where, in May 2020, a general measure of mental health was 7.7 percent lower than predicted in the absence of the pandemic, and the number of mental health problems reported was 47 percent higher than expected at that time of the year.

“Living long is as important as living well. In terms of wellbeing years per person born, the world has made great progress in recent decades, which even COVID-19 has not fully offset,” UK economist and another editor of the report, Richard Layard, said.

Loneliness was also a factor in the happiness of people in some countries. “Strikingly, we found that among people who stopped work due to furlough or redundancy, the impact on life satisfaction was 40 percent more severe for individuals who felt lonely to begin with,” Jan-Emmanuel De Neve, director of the Wellbeing Research Centre at the University of Oxford, said.

“Our report also points towards a ‘hybrid’ future of work, that strikes a balance between office life and working from home to maintain social connections, while ensuring flexibility for workers, both of which turn out to be key drivers of workplace wellbeing,” De Neve added.

People in Asian countries are happier this year

There was, however, an improvement in the happiness of people in 22 countries, including China, which moved up to 84th place from 94th place in 2020.

“One key factor in the success of Asia–Pacific was the preparedness of the region for newly emerging zoonotic diseases,” the report said.

“The East Asian experience shows that stringent government policies not only control COVID-19 effectively, but also buffer the negative impact of daily infections on people’s happiness,” said Shun Wang, assistant professor at the KDI School of Public Policy and Management in Korea.

The hope for next year’s report is that as lockdowns are eased and people return to normality, more and more will be happier than they are now.

“This has been a very challenging year [2021], but the early data also show some notable signs of resilience in feelings of social connection and life evaluations,” social psychologist Lara Aknin said. 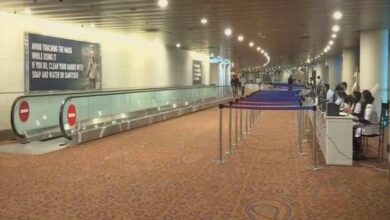 Mumbai airport sets up corridors, norms for travellers arriving from ‘at risk’ countries