File photo – Water coming out of tap in Reagile, Koster after a high court gave the Kgetlengrivier Concerned Citizens control of the municipality’s sewage works.

The bitter battle between a North West community and the municipality over water infrastructure will again play out in court, with accusations that the Kgetlengrivier Concerned Residents (KCR) group is trying to undermine the government.

The North West Cooperative Governance and Traditional Affairs (Cogta) has accused the community formation that took over the running of the Kgetlengrivier Local municipality waterworks of undermining the government.

The KCR took over the running of water and sewage in December. This after the group took the municipality to court over failing to supply water to Swartrruggens and Koster residents.

The North West High Court in Mahikeng ruled earlier that the municipality had failed in its Constitutional duty to supply clean drinking water to the community, and to stop raw sewage from running into the Elands and Koster rivers.

Judge Festus Gura ruled the KCR could take control of the water and sewerage works to repair it at the expense of the municipality until it appointed a managing agent, News24 previously reported.

Cogta’s Seth Ramagaga said the agreement between the KCR and department was that Magalies Water would take over running the waterworks in the interim.

Ramagaga said, because the municipality could not afford to make payments, the provincial government would foot the bill.

“We had planned to pay them on the 23rd of March. Obviously, for the provincial and national government, that time is towards the end of the financial year. We always experience issues of delaying processes.”

He said the government only managed to pay the bill on 9 April. As a result,  the agreement with KCR collapsed, and the community took over the running of the waterworks again. “They are just throwing tantrums now.”

“They want to have this as a permanent arrangement. It’s an attitude of undermining the government,” Ramagaga charged.

KCR has now appointed Pionier Dienstemaatskappy to manage water provision. Carel van Heerden, KCR representative, said: “The municipality is being obstinate in its attempts to take back control of the waterworks.”

The appointment led to Cogta, last week, approaching the Mahikeng High Court on an urgent basis to get the infrastructure back from KCR and Pionier.

READ | Zuma and Hlophe: Will ConCourt and JSC imprison and push to impeach?

“The works deteriorated so badly in just a week that a return to the pitiful situation which resulted in the court application would have been inevitable.

“We stand firm that the works should not be handed back to the municipality without appointing a suitable service provider that will ensure the sustainable functioning of the sewage and waterworks,” said Johan Kruger, Director of the Pionier Dienstemaatskappy.

Kruger said the company was trying to find long term solutions for safe water provision in the municipality.

“Pionier cooperates with the KCR to find solutions that will ensure that the Koster and Swartruggens communities have sustainable and reliable access to water and sewage services. This is a golden opportunity to establish a new model for community involvement in service delivery and to contribute to the future of this country.”

Ramagaga said while the provincial government agrees the municipality had financial problems, the infrastructure should not be in private hands.

“Those waterworks belong to the municipality. We admit that a small municipality struggling with revenue couldn’t keep the service at the level it was supposed to be. They went to court, and the interim order said these guys are authorised to operate and appoint other people.

“We had a problem with [it] because the Constitution is very clear that if a municipality fails to do their duties, provincial and national should take over. In this case, the court gave the authority to the concerned residents,” Ramagaga said.

“We are prepared to go as far as the Constitutional Court because it is that court that must protect the Constitution. Are we going to say that ambulances are arriving late, and so we would rather drive them ourselves? How do you do that?” 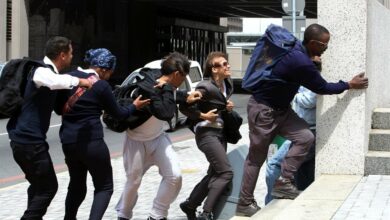 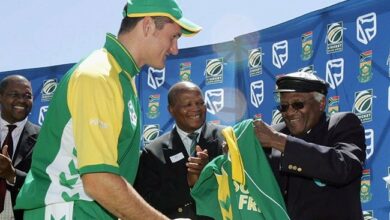 Ngidi hails impact of Tutu: ‘He inspired us to stand up for what we believe in’