Nigeria have dropped one spot to 38th in the latest Fifa rankings released on Friday, April 16 as similar misfortunes hit a host of the continent’s heavyweights, including Tokyo-bound Zambia.

Randy Waldrum’s team climbed up one place to 37th in December 2020 despite failing to regroup since Caf’s Tokyo 2020 Olympic Games qualifying elimination at the hands of Cote d’Ivoire in September 2019.

However, an incredible success at the Turkish Women’s Cup in February 2021 was not enough to save the Super Falcons from dropping to 38th, although remain top of the log in Africa.

For South Africa, Desiree Ellis’ side dropped two places to 55th in the standings despite victories over neighbours Zambia and Botswana this April.

While Kenya, who recently named Charles Okere as Harambee Starlets coach slipped up 16 places to 140th due to a 12-month inactivity since featuring at the 2020 Turkish Women’s Cup.

Likewise, Tanzania yet to regroup since the 2020 Cosafa Women’s Cup last November, dropping 16 spots to 142nd in the world.

Ahead of the Africa Women’s Cup of Nations qualifying draw, the latest rankings will see the top teams earn a first-round bye.

Elsewhere, Zambia, the only African representative at the Tokyo 2020 Olympic Olympics, dropped nine places to 104th despite last November’s  2-1 victory over Chile before recently losing 3-1 to South Africa.

The development means the Southern Africa side head into April 21’s Olympic draw in Zurich as the lowest-ranked team among the 12 in search of glory in the Women’s Olympic tournament this summer.

On the global scene, world champions USA and Germany retained the top two spots, while world runners-up the Netherlands climbed to third as 2019 WWC hosts France dropped to fourth in the world.

With the next ranking set for June 25, African Olympic representative Zambia will be hoping to improve their form ahead of the global women’s football showpiece which kicks off in July in Tokyo.

Exercise beneficial for liver function among men with NAFLD 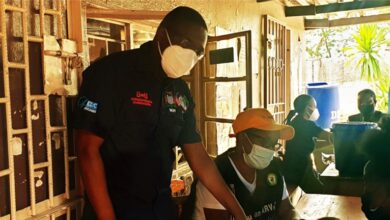