Kenya and Zimbabwe are the latest African football associations to be suspended by FIFA as world football’s governing body continues its crackdown on government interference.

Both associations were dissolved by their respective governments last year but they were only suspended from all international football activity after a decision by FIFA’s Council on Thursday.

Kenya sports ministry in November disbanded its football federation as Football Kenya Federation (KFF) president Nick Mwendwa was charged with multiple counts of fraud. He has since resigned as the federation’s president.

This month, four members of the Zimbabwe Football Association (ZIFA), including its president Felton Kamambo, appeared in a Harare court charged with fraud.

The executive committee of ZIFA was ordered dissolved last November by the country’s Sports and Recreation Commission, a government-appointed body, amid allegations that money given to the association by the state for Zimbabwe’s participation at the 2019 Africa Cup of Nations finals was misappropriated.

“Without prejudice to any investigations by national authorities or other judicial bodies, the FIFA Council decided to suspend the Football Kenya Federation and the Zimbabwe Football Association with immediate effect due to undue interference by a third party,” said FIFA. 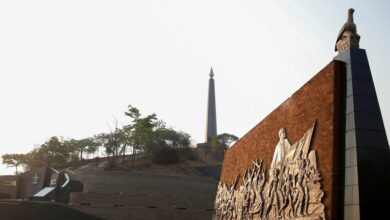 JUST IN: ‘We will play part in the resurgence of Zimbabwe’s economy’: Econet