UPDATE, 5:02 PM: The Santa Fe County Sheriff’s Office has confirmed that a female crewmember, 42, died from injuries resulting from a prop gun misfire on the Bonanza Creek Ranch set of Alec Baldwin Western, Rust, after being transported via helicopter to University of New Mexico Hospital. Another male crewmember, 42, remains in emergency care after being transported by ambulance to Christus St. Vincent’s hospital.

“Detectives are investigating how [the prop firearm was used] and what type of projectile was discharged,” the Sheriff’s Office said in a statement. “This incident remains an active investigation. As more information becomes available, updates will be provided.”

Officials said Sheriff’s deputies were dispatched to the Rust set at around 1:50 p.m. MST, following a 911 call which indicated an individual had been shot.

We previously heard from sources that a principal castmember cocked a gun during a rehearsa, unaware that there were live rounds in it, hitting two people, a man and a woman. The man was hit in the shoulder, while the woman was airlifted to the hospital for stomach surgery.

A production spokesperson from Rust Movie Productions LLC told Deadline, “There was an accident today on the New Mexico set of Rust involving the misfire of a prop gun with blanks. Two crew members have been taken to the hospital and are receiving care. Production has been halted for the time being. The safety of our cast and crew remains our top priority.”

We’ll update you with more info as we have it. The set was put on lockdown and an old church on the set was blocked off according to local press reports. Bonanza Creek Ranch is known for western-set productions.

Rust stars Baldwin and was written and directed by Joel Souza. Travis Fimmel, Brady Noon, Frances Fisher and Jensen Ackles star in the movie which is based on a story by Souza and Baldwin. Pic centers on Harland Rust (Baldwin), an infamous Western outlaw who has had a bounty on his head for as long as he can remember. When his estranged 13-year-old grandson Lucas (Noon) is convicted of an accidental murder and sentenced to hang, Rust travels to Kansas to break him out of prison. Together, the two fugitives must outrun the legendary U.S. Marshal Wood Helm (Ackles) and bounty-hunter Fenton “Preacher” Lang (Fimmel) who are hot on their tail. Deeply buried secrets rise from the ashes and an unexpected familial bond begins to form as the mismatched duo tries to survive the merciless American Frontier.

Local Reports have the following about today’s incident:

Security guard at the entrance to the set of “Rust”, a western movie in production in #SantaFe, told us the set is on lockdown right now. Couldn’t share anything else. Waiting for more details from Santa Fe Sheriff on today’s incident near Bonanza Creek. @KOB4 pic.twitter.com/AXuBxGUO8X

A Stay at the Grand Hotel Villa Serbelloni in Lake Como, Italy 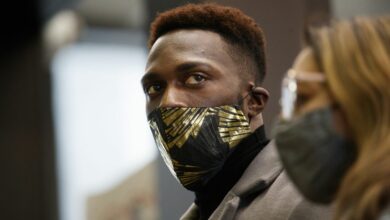 ‘He wanted me to beat him up’: Key witness in Jussie Smollett trial testifies about actor’s alleged plot to stage hate crime